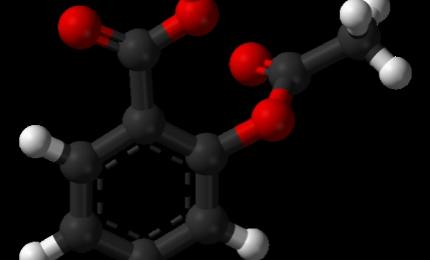 Durlaza (aspirin) is a non steroidal anti-inflammatory drug indicated for the prevention of thrombotic events in patients with cardiovascular disease (CVD).

The drug was discovered and developed by New Haven Pharmaceuticals.

Durlaza is the first and only 24-hour, extended release capsule approved by US Food and Drug Administration (FDA). The FDA approved the drug for secondary prevention of cardiovascular events, including stroke and myocardial infarction (heart attack) in September 2015.

New Haven Pharmaceuticals plans to launch Durlaza in the US market in the last quarter of 2015.

"Durlaza is the first and only 24-hour, extended release capsule approved by US Food and Drug Administration."

Cardiovascular disease (CVD) is a group of diseases associated with the heart or blood vessels. The diseases occur when the build up of plague in blood vessels or hardening of arteries affects blood flow to the heart, brain or other body parts.

CVD is considered to be the biggest health problem in the US and UK. It resulted in approximately 160,000 deaths in 2011.

Durlaza is expected to help more than 25m people in the US, who are being treated for the secondary prevention of stroke and acute cardiovascular events.

Durlaza’s active ingredient, aspirin, works by inhibiting platelet activation for their lifespan of seven to ten days. It binds with a serine residue of cyclooxygenase-1 (COX) resulting in irreversible inactivation of the enzyme, leading to the conversion of arachidonic acid to thromboxane A2 (TXA2), a potent agonist of platelet aggregation.

Each Durlaza capsule contains 162.5mg of aspirin and will be available in the form of white to off-white opaque capsules.

Zontivity (vorapaxar) is a protease-activated receptor-1 (PAR-1) antagonist indicated for the reduction of thrombotic cardiovascular events in patients with a history of heart attack or peripheral arterial disease (PAD).

FDA approval for Durlaza was based on results from six randomised, multi-centre, placebo-controlled clinical studies conducted to determine the safety and efficacy of the drug.

The trials predominantly enrolled men with MI. One more randomised, placebo-controlled study was conducted on men with unstable angina pectoris.

The studies were also supported by another randomised, multi-centre, double-blind trial conducted to determine the effect of aspirin in reducing the risk of MI in patients with chronic stable angina pectoris.

Results showed aspirin reduced the risk of primary combined endpoint of nonfatal MI, fatal MI and sudden death by 34%. A significant reduction was also observed in the secondary endpoint for vascular events.

The most common adverse reactions observed during the studies were gastrointestinal problems.