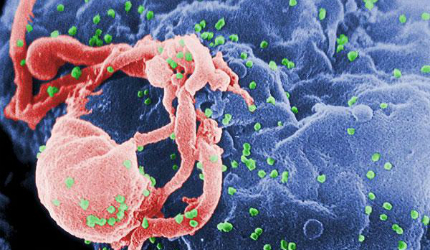 Edurant (rilpivirine) is an antiviral drug indicated for treatment-naive adults with HIV-1 infection. The drug was originally developed by Tibotec Pharmaceuticals, which became part of Janssen Pharmaceutical Company in June 2011 for a greater collaboration in the development of rilpivirine. The company’s name was also changed to Janssen Therapeutics.

The US Food and Drug Administration (FDA) granted marketing approval for Edurant in May 2011. It was approved for use in combination with other antiretroviral agents (ARVs) for the treatment of HIV-1 infection in adults who have previously not taken any HIV treatment.

Janssen obtained the marketing authorisation for Edurant from the European Commission (EC) for the treatment of HIV-1 infection in adult patients with a viral load ≤ 100,000 HIV-1 RNA copies/mL in November 2011.

The drug also received approval in Canada in May 2011. The marketing authorisation applications for the approval of Edurant have been submitted in Japan, Russia and Switzerland.

Sustiva (efavirenz) is an antiretroviral indicated for treatment of paediatric patients affected with the HIV-1 infection.

Human immunodeficiency virus (HIV) is a lentivirus that delivers a significant amount of genetic information into the DNA of the host cell.

HIV is responsible for causing acquired immune deficiency syndrome (AIDS), which is a deadly disease that damages the immune system.

It is categorised into two types, HIV-1 and HIV-2. HIV-1 is more virulent and infective than HIV-2.

HIV is estimated to affect an estimated 50,000 people in the US every year, according to the estimates by Centre for Disease Control and Prevention. The disease resulted in an around 15,500 deaths in 2010.

The drug is available in 25mg dose for oral administration in tablet form.

The marketing approval for Edurant in Europe was based on two phase III clinical trials known as Efficacy Comparison in treatment-naive HIV-infected subjects Of TMC278 and efavirenz, or TMC278-C209 (ECHO) and TMC278 against HIV, in a once-daily RegImen Versus Efavirenz, or TMC278-C215 (THRIVE) studies lasting for 48 weeks.

"The results of the trials demonstrated that 84.3% of the patients treated with Edurant achieved an undetectable viral load of <50 HIV-1 RNA copies/mL at week 48 compared to 82.3% in the efavirenz arm."

The first phase III ECHO clinical trial was a double blind and randomised study, which enrolled 680 patients with HIV-1 infection. The patients were administered with 25mg of Edurant as once daily oral tablet or efavirenz 600mg tablet, both in combination with emtricitabine, plus tenofovir disoproxil fumarate.

In the second phase III clinical trial, THRIVE was also a double blind and randomised study that enrolled 680 patients with HIV-1 infection. Patients received Edurant 25mg dose tablet once daily or efavirenz 600mg tablet once daily. Both the tablets were used in combination with abacavir + lamivudine, or tenofovir disoproxil fumarate + emtricitabine, or zidovudine + lamivudine.

Tibotec Pharmaceuticals retains the rights of marketing Edurant in the US. Janssen holds the rights to market the drug in Europe. The generic version of the drug was licensed to Hetero Drugs, Emcure Pharmaceuticals, Strides ArcoLab and Matrix Laboratories in India. Aspen Pharmacare is licensed in South Africa for the production, marketing and distribution.

Eviplera is a similar HIV-1 drug manufactured by Gilead Sciences International and Tibotec.