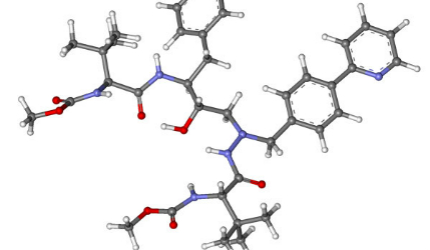 Evotaz (atazanavir and cobicistat) is a protease inhibitor indicated for the treatment of HIV-1 infection in adults. Bristol-Myers Squibb (BMS) discovered the drug and developed it in collaboration with Gilead Sciences.

BMS received approval for Evotaz from the US Food and Drug Administration (FDA) for the treatment of HIV-1 infection in adults in January 2015.

Evotaz also received positive opinion from the Committee for Medicinal Products for Human Use (CHMP) of European Medicines Agency (EMA) for the same indication in May 2015. The European Commission (EC) approved Evotaz and granted marketing authorisation in July 2015.

Edurant (rilpivirine) for the Treatment of HIV-1 Infection, United States of America

Edurant (rilpivirine) is an antiviral drug indicated for treatment-naive adults with HIV-1 infection.

Human immunodeficiency virus (HIV) is a lentivirus that delivers a significant amount of genetic information to the DNA of the host cell.

HIV is responsible for causing acquired immune deficiency syndrome (AIDS), the final stage of the infection, which destroys the immune system if not treated. It is categorised into two types, HIV-1 and HIV-2. HIV-1 is more virulent and infective than HIV-2.

UNAIDS and WHO estimate that 2.2 million people are living with HIV in Europe, and more than 300,000 people were newly infected between 2004 and 2013.

Evotaz is a co-formulated drug that consists of protease inhibitor atazanavir (Reyataz), and pharmacokinetic enhancer cobicistat (Tybost). Atazanavir stops the processing of viral gag-pol proteins in HIV-1-infected cells and averts the formation of mature virions, while cobicistat inhibits the activity of human CYP3A enzymes.

The drug is available in the form of capsules meant for oral administration.

The FDA and EC-approvals for Evotaz were based on a comparative phase III clinical trial, also known as Study114. The randomised, double-blind clinical trial evaluated the efficacy and safety of the components of Evotaz versus ritonavir 100mg with Reyataz 300mg in combination with emtricitabine / tenofovir disoproxil fumarate.

"The FDA and EC-approvals for Evotaz were based on a comparative phase III clinical trial, also known as Study114."

The results of the study demonstrated that the patients treated with Evotaz developed emtricitabine-associated resistance. It also demonstrated a safety profile comparable to that of Reyataz / ritonavir. More than 85% of patients in the Evotaz arm achieved HIV-1 RNA levels of <50 copies / mL, whereas 87% of patients in the Reyataz / ritonavir arm achieved the same after 48 weeks. The study also found low rates of virologic failure in the Evotaz arm.

Other drugs approved for the treatment of HIV-1 infection include Tivicay (Dolutegravir) manufactured by ViiV Healthcare, and Edurant (rilpivirine) developed by Tibotec Pharmaceuticals and Janssen Pharmaceutical.