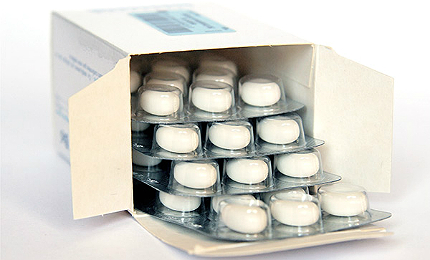 Fulyzaq (crofelemer) is an anti-infective drug which is derived from a botanical source. It is indicated for the treatment of non-infectious diarrhoea in HIV / AIDS patients who are on anti-retroviral therapy (ART).

"Fulyzaq was approved by the Food and Drug Administration (FDA) in December 2012."

Diarrhoea is a condition in which a patient experiences two or more loose or unformed stools in a day. It is experienced by the majority of patients suffering with HIV / AIDS. Chloride secretion is believed to be the main cause of diarrhoea in HIV infected patients. Symptoms include dehydration, stomach cramps and urgency.

In the US, an estimated 1.2 million people aged 13 and older are affected with the HIV infection. About 150,000 to 180,000 people among them are affected by non-infectious diarrhoea.

Fulyzaq contains a botanical source that is extracted from the sap of a plant called Croton lechleri. It works by inhibiting the chloride secretion in the GI lumen and reduces the high volume of water loss in HIV associated diarrhoea. The drug also restrains both the cystic fibrosis transmembrane conductance regulator (CFTR) protein and calcium-activated chloride channel (CaCC).

Compared to other drugs, Fulyzaq does not have any impact on gut motility. The drug is available in 125mg dose for oral administration.

Salix conducted a Phase II clinical study on Fulyzaq between December 2004 and November 2005. It was a randomised, double blind, placebo-controlled study, which enrolled more than 245 patients. The study assessed the safety and efficacy of Fulyzaq in symptomatic treatment of diarrhoea in HIV infected patients. The primary outcome measure of the study was to assess the safety of Fulyzaq in 12 consecutive weeks. The secondary outcome measure was to establish the efficacy of Fulyzaq after administering it for 12 consecutive weeks.

"Patients administered with Fulyzaq experienced a significant reduction in the number of watery bowel movements."

FDA approval for the drug was based on data collected from a randomised and double-blind Phase III clinical trial, known as ADVENT. The study was conducted between October 2007 and December 2011. For one month the study was placebo controlled and for the remaining five months it was placebo free.

More than 690 patients were enrolled for the ADVENT study, of which 374 were diarrhoea patients with HIV and undergoing anti-retroviral therapy (ART). The primary endpoint of the study was to find the proportion of patients witnessing less than or two watery bowel movements in a week during two of the four weeks of the study. The patients were administered with Fulyzaq or a placebo two times a day.

Patients administered with Fulyzaq experienced a significant reduction in the number of watery bowel movements and stool consistency score during a day when compared to the placebo. The common adverse reactions found during the clinical study included respiratory tract infection, a cough and flatulence.

Truvada (emtricitabine and tenofovir disoproxil fumarate) is an antiretroviral indicated for preventing or reducing the risk of acquiring HIV-1.

Under development by Merck & Co, Isentress (raltegravir) is an experimental drug indicated for the treatment of human immunodeficiency virus (HIV) infection.