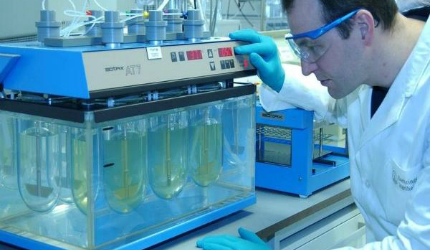 Gilotrif (afatinib) is an orally administered drug that is indicated as the first-line treatment for metastatic non-small cell lung cancer (NSCLC) patients with epidermal growth factor receptor (EGFR) mutations. The drug was discovered and developed by Boehringer Ingelheim.

Boehringer Ingelheim received approval for Gilotrif from the US Food and Drug Administration (FDA) for the above indication in July 2013. The EGFR mutations that change the gene can be detected by using an FDA-approved test.

Boehringer Ingelheim submitted marketing authorisation application for Gilotrif in Europe in September 2012. The application is currently under review by the European Medical Agency (EMA).

"Lung cancer is the most leading cause of deaths worldwide."

The common symptoms of the disease include cough, chest pain, coughing up blood, weight and appetite loss, and shortness of breath.

Lung cancer is the most leading cause of deaths worldwide. An estimated 1.6 million new cases of lung cancer are reported worldwide every year. NSCLC accounts for 85% of the lung cancer cases.

Boehringer Ingelheim conducted phase II clinical trials on Gilotrif between December 2008 and May 2012. It was an open label, multi-centre, and single group assignment. It enrolled 70 subjects who were not previously exposed to chemotherapy for NSCLC.

Hycamtin is an anti-cancer drug developed by GlaxoSmithKline (GSK) as a treatment for relapsed small cell lung cancer (SCLC) in patients who have undergone and failed partial or complete first-line chemotherapy.

The primary outcome measure of the study was the objective response (CR, PR) as determined by the RECIST (Response Evaluation Criteria In Solid Tumors) criteria in 24 months. The secondary outcome measures included disease control, safety, pharmacokinetics, and presence of Kras and EGFR mutation.

The FDA approval for Gilotrif was based on phase III clinical trials known as LUX-Lung 3. The study enrolled 345 locally advanced or metastatic NSCLC patients who were EGFR mutation-positive. The patients were randomly administered either Gilotrif or up to six cycles of the chemotherapy drugs which included Pemetrexed and Cisplatin.

Boehringer Ingelheim is a leading international pharmaceutical company with its headquarters located in Ingelheim, Germany. The company engages in research, development, manufacturing and marketing of novel medications of high therapeutic value for human and veterinary medicine. It has more than 46,000 employees and operates about 140 affiliates worldwide.

Boehringer Ingelheim Pharmaceuticals is the US subsidiary of Boehringer Ingelheim Corporation which holds the marketing rights of Gilotrif in the US. The companion diagnostic test for genetic mutations ‘therascreen’ is marketed by Qiagen. Gilotrif will face competition from Xalkori, which is manufactured by Pfizer.