Expand
Multiple sclerosis is a central nervous system disorder, which causes lesions in the brain. Image is in the public domain.
Glatopa is available in a 1ml single-dose glass syringe for intravenous administration. Image: courtesy of John Twohig via Flickr.
Glatopa was developed by Momenta in collaboration with Sandoz, a Novartis company. Image: courtesy of Novartis. 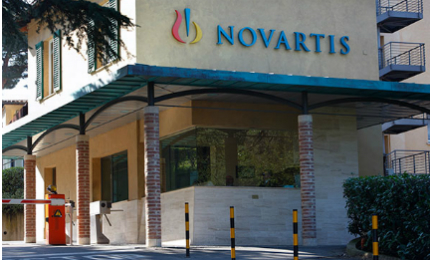 Glatopa (glatiramer acetate injection, formerly M356) is the first substitutable generic drug approved for the treatment of relapsing-remitting multiple sclerosis (RRMS). It is the second complex generic developed collaboratively by Sandoz and Momenta.

The US Food and Drug Administration (FDA) approved the new drug application (NDA) of Glatopa in April 2015. The drug was approved as an equivalent of a leading drug Copaxone, which is indicated for the treatment of multiple sclerosis.

Glatopa is indicated for the treatment of relapsing forms of multiple sclerosis, including those patients who were once affected and have magnetic resonance imaging (MRI) features consistent with multiple sclerosis.

The drug will be marketed under the brand name Sandoz.

"Glatopa is indicated for the treatment of relapsing forms of multiple sclerosis, including those patients who were once affected and have magnetic resonance imaging (MRI) features consistent with multiple sclerosis."

During the attacks, activated immune cells cause damage to small areas leading to the symptoms of multiple sclerosis.

The most common symptoms of multiple sclerosis include episodic bouts of fatigue, numbness, vision problems and issues with cognition.

RRMS is estimated to affect approximately half a million people in the US, and half of those diagnosed are under treatment.

Glatopa contains an active ingredient called glatiramer acetate whose effects are not completely known. It is believed to act by modifying immune processes that are responsible for the pathogenesis of MS.

Glatopa is available as a clear and colourless sterile nonpyrogenic solution in a 1ml single-dose glass syringe along with 20mg/ml single-dose prefilled syringe packed in individual blister packs supplied in 30-count cartons.

Aubagio (teriflunomide) is an immunomodulatory agent indicated for the treatment of relapsing forms of multiple sclerosis (MS).

The FDA’s approval of Glatopa was based on results from four placebo-controlled clinical trials conducted to find the efficacy of the drug. The studies enrolled 563 patients who were treated with glatiramer acetate injection.

Study one was conducted at a single centre and enrolled 50 patients who were diagnosed with RRMS and had at least two exacerbations during the last two years before enrolment. Subjects were randomised to receive daily doses of either Glatopa 20mg/mL injection or a placebo.

They were examined every three months for a period of two years and also within several days of presumed exacerbation. The specified primary outcome was the percentage of patients who remained exacerbation-free for the two years of the trial.

In study one, 56% subjects in arm one (treated with Glatopa) remained relapse-free compared to 28% of people treated with a placebo.

Study two was a multicenter study similar to trial one conducted in 11 US centres. A total of 251 patients were enrolled and half of them were given glatiramer acetate and the other half a placebo.

Primary outcome of the study was 1.19 mean number of relapses during the period of two years. Approximately 34% patients in the first arm remained relapse-free compared to 27% in the placebo-controlled arm.

Study three enrolled 481 patients who recently experienced an isolated demyelinating event and who had lesions typical of multiple sclerosis on a brain MRI.

The subjects were randomised to receive either glatiramer acetate injection or a placebo. Treatment was continued for three years or until patients reached primary end point. The protocol-specified primary outcome was the time to develop a new second exacerbation.

Primary outcome of the study showed the time to develop a second exacerbation was significantly delayed in patients treated with glatiramer acetate injection compared to a placebo.

Study four, which enrolled 239 RRMS patients, was a multinational study and used MRI parameters such as primary and secondary end points.

Subjects were randomised and treated in a double-blind manner for nine months, during which they underwent monthly MRI scanning.

The primary outcome of the study was 11 cumulative number of T1 Gd-enhancing lesions in Glatopa-treated patients against 17 in the placebo-controlled trial observed over nine months.

The most common adverse reactions observed during the trials were erythema, vasodilatation, rash, dyspnea and chest pain.

Leqvio (inclisiran) for the Treatment of Hypercholesterolaemia

Libtayo (cemiplimab-rwlc) for the Treatment of Advanced Non-Small Cell Lung Cancer
Topics in this article: