Approved in the US, Europe and Australia

ILUMYA (tildrakizumab-asmn) is a subcutaneous infusion indicated for the treatment of adults with moderate-to-severe plaque psoriasis.

The drug was developed by Schering-Plough, which merged with US-based drug maker Merck & Co in 2009. Sun Pharma acquired worldwide rights for ILUMYA from Merck & Co for $80m.

Sun Pharmaceuticals’ biologics license application (BLA) for ILUMYA was accepted for review by the US Food and Drug Administration (FDA) in May 2017 and approved in March 2018.

In June 2016, Sun Pharma signed a licensing agreement with Spain’s Almirall to market ILUMYA in Europe. Almirall completed the regulatory filing for ILUMYA with the European Medicines Agency (EMA) in March 2017.

Plaque psoriasis is an autoimmune inflammatory disorder triggered by infections and stress. It is the most common form of the disease, diagnosed in more than 80% of psoriasis cases.

The most common symptom of the infection is a rash on the skin, nails or joints. The infection appears as red, raised areas of skin covered with flaky white scales, which may be itchy and painful. The scales can crack and bleed when the infection is severe.

ILUMYA’s principal ingredient Tildrakizumab is a humanised IgG1 / k monoclonal antibody that selectively binds to the p19 subunit of IL-23 and prevents its interaction with the IL-23 receptor.

“The drug is expected to get approval in the EU in the first half of 2018.”

The process prevents the release of pro-inflammatory cytokines and chemokines, responsible for the inflammatory and immune responses known to occur in plaque psoriasis.

The drug is administered as a subcutaneous injection and is available in the form of a pre-filled syringe containing 100mg / ml of tildrakizumab-asmn.

The safety and efficacy of the drug in both trials were measured through a psoriasis area sensitivity index (PASI) score, measuring redness, scaling and thickness.

The efficacy of the drug against plaque psoriasis was also measured using a physician’s global assessment (PGA) score, which measures thickness, erythema and scaling of the patient’s psoriasis lesions.

Of those enrolled, 616 patients were randomised to receive ILUMYA, while the remaining 310 participants were administered with placebo at weeks zero and four, as well as every 12 weeks afterwards.

The most common adverse reactions associated with the use of ILUMYA were upper respiratory tract infections and diarrhoea. The drug may also cause severe allergic reactions such as throat and chest tightness, swelling of the face and lips and skin rash.

Sun Pharma is an India-based clinical-stage biopharmaceutical company focused on improving standards of care for patients through innovation in therapeutics.

The company has a global presence, with 41 manufacturing locations in six continents.

The company invests more than 8% of its annual revenue in research and development (R&D) activities. 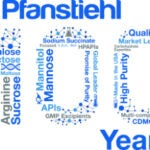