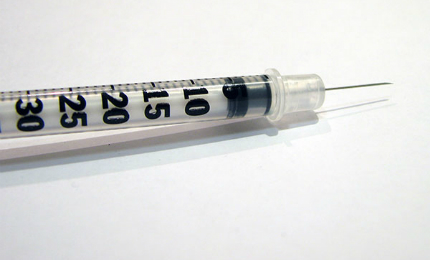 The drug was discovered by Emergent BioSolutions and the exclusive rights to manufacture the drug are with CMC Biologics, which will produce the drug at its manufacturing facility in Bothell, Washington.

Ixinity was approved by US Food and Drug Administration (FDA) as an intravenous recombinant human coagulation factor IX therapy for the treatment and management of bleeding episodes in adults and children over the age of 12, affected with haemophilia B, in April 2015.

Haemophilia B causes and symptoms

Haemophilia B is an inherited bleeding disorder that prevents clotting. It is caused due to the absence of coagulation factor IX, which is a clotting protein in the blood.

The disease is characterised by trauma-induced bleeding into joints, muscles or internal organs, either as a result of accidental or surgical trauma. Affected people bleed longer than other people.

Haemophilia B is estimated to affect one in 25,000 male births and there are 4,000 people affected by the disease in the US.

The drug is available as a lyophilised white powder packed in single-use glass vials containing nominally 500 international units (IU), 1,000IU, or 1,500IU per vial. The powder has to be reconstituted with sterile water for injection through intravenous administration.

Alprolix for Treatment of Haemophilia B, US

Biogen idec received US Food and Drug Administration’s (FDA) approval for Alprolix in March 2014 for the control and prevention of bleeding episodes, perioperative (surgical) management and routine prophylaxis in adults and children with haemophilia B.

The FDA’s approval of Ixinity is based on results from Phase I/III open-label, uncontrolled, multi-centre, global study conducted to evaluate the safety and efficacy of the drug.

Out of 77 patients, 68 were previously treated patients (PTPs) with a minimum of 150 exposures to another factor IX preparation.

Routine treatment was typically a starting dose of 40IU/kg – 70IU/kg twice a week, whereas doses in the on-demand therapy were 49.9IU/kg – 71.8IU/kg for bleeding episodes.

A total of 508 bleeding episodes were treated with Ixinity during the studies, of which 84% were resolved by one or two infusions. Subjects showed a mean incremental recovery of 0.98IU/dL and a mean terminal half-life of 24 hours.