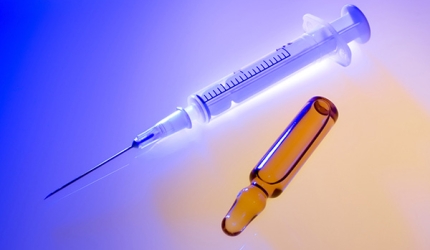 Kyprolis (carfilzomib), developed and manufactured by Onyx Pharmaceuticals, is a proteasome inhibitor indicated for the treatment of the patients with multiple myeloma.

In July 2012, Kyprolis was approved by the US Food and Drug Administration (FDA) for the treatment of patients with multiple myeloma, who had previously received bortezomib and immunomodulatory therapies.

Multiple myeloma cause, development and prevalence

"In July 2012, Kyprolis was approved by the US Food and Drug Administration (FDA) for the treatment of patients with multiple myeloma, who had previously received bortezomib and immunomodulatory therapies."

Kyprolis is a proteasome inhibitor that checks the action of protein complexes. The drug reduces the growth of proteasome activity in tissues, blood and tumours in multiple myeloma patients.

The drug is available in injection form and is administered in combination with Captisol formulation for improving the solubility.

Onyx conducted Phase I clinical trials on carfilzomib between September 2005 and September 2010. It was a non-randomised, open label, single group assignment which enrolled 48 patients with multiple myeloma.

The FDA approved carfilzomib based on the results of a Phase IIb clinical study known as 003-A1. It was a single-arm, multicentre clinical trial that enrolled over 266 patients with multiple myeloma. The subjects were administered with a median of five prior anti-myeloma regimens.

"Kyprolis reduces the growth of proteasome activity in tissues, blood and tumours in multiple myeloma patients."

The primary endpoint of the study was finding the overall response rate (ORR), which was designed by an independent review committee. The study’s results showed that the ORR was 22.9% in the median response duration of 7.8 months.

Onyx initiated a Phase III clinical trial on carfilzomib, known as FOCUS. The enrolment for the study was completed in October 2012. The study evaluates carfilzomib in patients with relapsed and refractory myeloma, who were administered with three or more prior therapies. It is designed to support the regulatory approvals across the world. The patients are randomised and administered with carfilzomib between 20mg/m2 and 27mg/m2 intravenously or the best supportive care.

Onyx initiated another Phase III clinical trial (known as ENDEAVOR) on carfilzomib in June 2012. It is a randomised, open label, parallel-assignment study, which will enrol 888 patients with multiple myeloma across 28 centres in the US. It will evaluate carfilzomib plus dexamethasone in comparison with bortezomib plus dexamethasone. The results of the study are expected by July 2018.

Marketing Kyprolis in the US

Vosaroxin is a first-in-class anticancer quinolone derivative (AQD) under development by Sunesis Pharmaceuticals for the treatment of acute myeloid leukaemia (AML). It is the leading drug candidate of the company and is currently undergoing Phase III clinical trials.

Kyprolis is used in combination with Captisol, which was originally developed by CyDex Pharmaceuticals and acquired by Ligand in 2011. Onyx agreed to pay Ligand a milestone payment of $600,000, and Ligand, in turn, will pay CyDex $3.5m for obtaining the formulation.

According to Thomson Reuters, the market for multiple myeloma drugs in the US is expected to reach up to $5.4bn by 2016. Kyprolis is also expected to occupy a major part of the US market share by obtaining about $570m.

Other medications available for the treatment of multiple myeloma include Lenalidomide developed by Celgene, and Thalidomid developed by Grünenthal.