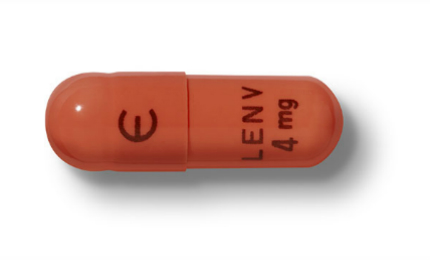 Eisai discovered the drug at its Tsukuba Research Laboratories facility in Japan.

Eisai submitted a new drug application (NDA) for the approval of Lenvima to US Food and Drug Administration (FDA) in August 2014.

The FDA granted priority review designation for the drug in October 2014. Lenvima was also granted orphan drug designation (ODD) for the treatment of multiple types of thyroid cancer in the US, Japan and Europe.

Lenvima is currently under review for the treatment of thyroid cancer by regulatory authorities located across Japan and the EU, Switzerland, South Korea, Canada, Singapore, Russia, Australia and Brazil.

Thyroid cancer occurs when abnormal cells begin to grow in the tissues of the thyroid gland located at the base of the throat near the trachea. The most common symptom of the disease is a nodule in the thyroid region of the neck. The disease is more common in women.

It is estimated that approximately 52,000 patients were newly diagnosed with thyroid cancer across the US in 2012.

The drug is available in capsules of 4mg and 10mg doses for oral administration.

FDA approval for Lenvima™ was based on results obtained from a Phase III clinical study known as Study of E7080 LEnvatinib in Differentiated Cancer of the Thyroid (SELECT).

Patients in the study were randomised in a 2:1 ratio to either Lenvima 24mg once daily or placebo. The progression-free survival (PFS) of the patients was compared with radioactive iodine-refractory differentiated thyroid cancer and radiographic evidence of disease progression within the prior 13 months.

Primary endpoint of the study was PFS, which was assessed by an independent radiologic review. Secondary endpoints included response rate, overall survival (OS), and safety.

Results of the study demonstrated that RAI-R DTC patients treated with Lenvima showed statistically significant improvement in PFS when compared to those treated with placebo.

The most common adverse reactions observed in patients treated with Lenvima during the clinical study were hypertension, fatigue, diarrhoea, arthralgia / myalgia, and decreased appetite.

Lenvima was developed by Eisai in collaboration with SFJ Pharmaceuticals Group. The latter provided clinical development supervision and assistance in obtaining regulatory approval.

Other medications available for the treatment of thyroid cancer include Zactima developed by AstraZeneca, and Zybrestat manufactured and marketed by Oxigene.