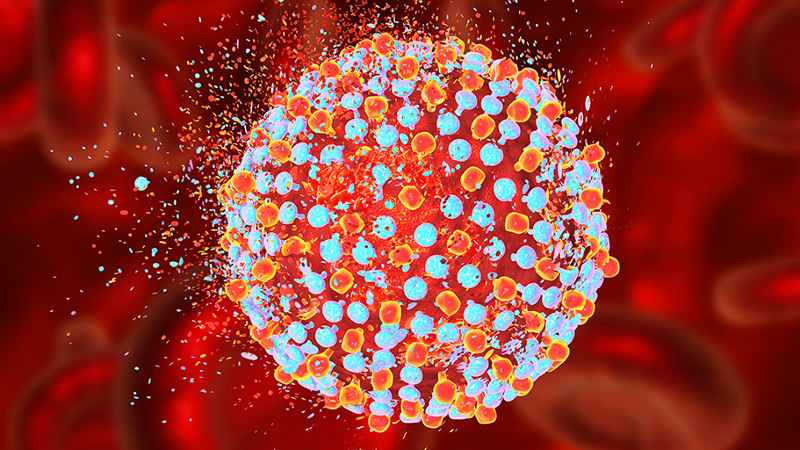 AbbVie submitted the new drug application (NDA) for MAVYRET to the US Food and Drug Administration (FDA) in December 2016. The drug was accepted for review in February 2017 and approved 3 August based on results obtained from nine Phase II and Phase III clinical studies.

The drug is indicated for HCV genotype-infected patients with chronic kidney disease, compensated cirrhosis, without cirrhosis, and those who are new to the treatment.

AbbVie secured marketing authorisation (MA) for the pan-genotypic treatment from the European Commission (EC) in July 2017.

Hepatitis C is an inflammation of the liver caused by the hepatitis C virus. People affected by HCV have symptoms including fatigue, abdominal pain, nausea, and decreased appetite.

MAVYRET is a fixed-dose combination of glecaprevir and pibrentasvir, which are effective against the hepatitis C virus.

The drug can be administered orally, and is available in film-coated, ribavirin-free, oblong-shaped tablets, each containing 100mg glecaprevir and 40mg pibrentasvir.

AbbVie conducted nine Phase II and Phase III clinical trials to evaluate the safety and effectiveness of glecaprevir / pibrentasvir in adults with hepatitis C genotypes one to six.

The results from the clinical study showed that the hepatitis C infection was completely cured in between 92% and 100% of HCV-infected patients treated with a combination of glecaprevir / pibrentasvir once a day for a duration of eight, 12, and 16 weeks.

The drug demonstrated high sustained virologic response (SVR) rate in 97.5% of non-cirrhosis patients after eight weeks of the treatment. HCV patients with cirrhosis achieved high SVR rates after 12 weeks of therapy. The study also resulted in a cure rate of SVR12 in patients with chronic kidney disease in 12 weeks.

The most common side effects of MAVYRET observed were headache and tiredness.

AbbVie has headquarters in North Chicago, Illinois. It is engaged in the discovery and development of drugs in therapeutic areas including virology, immunology, oncology, general medicine, and neuroscience. It was spun off from parent company Abbott Laboratories in 2013.

Through its subsidiary Pharmacyclics, the company operates in more than 70 countries with a workforce of 29,000 employees, including 8,000 scientists. It owns 21 primary research and manufacturing facilities globally.

AbbVie’s products are exported to more than 170 countries worldwide to treat approximately 30 million people a year.