Approved in Japan and US

Expand
Overactive bladder (OAB) is a urological condition which occurs as a result of sudden and involuntary contraction of wall muscle in the urinary bladder.
Myrbetriq is now available in the US in 25mg and 50mg doses.
Myrbetriq contains an anticholinergic agent, which is a substance that blocks the neurotransmitter acetylcholine in the central and the peripheral nervous system and stops involuntary bladder contractions. Image courtesy of Sven Jähnichen. 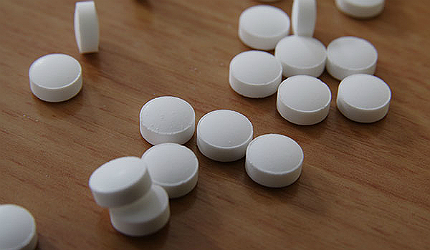 Myrbetriq (mirabegron) is a beta-3 adrenergic agonist indicated for the treatment of the overactive bladder (OAB) condition. It was developed by Japan’s Tokyo-based pharmaceutical company, Astellas Pharma.

Myrbetriq is the first oral treatment for OAB. It was launched in US pharmacies in October 2012.

The drug is available in 25mg and 50mg doses. It is also under the regulatory review process in several other countries.

"Astellas Pharma conducted Phase I clinical trials on Myrbetriq between April 2009 and June 2009."

Overactive bladder (OAB) is a urological condition which occurs as a result of sudden and involuntary contraction of wall muscle in the urinary bladder.

OAB is referred to as urge incontinence, which leads to an unstoppable and sudden need to urinate, even when there is a small amount of urine contained in the bladder.

The US FDA’s Centre for Drug Evaluation and Research (CDER) estimates that more than 33 million people in the US suffer from the overactive bladder condition.

Active ingredients and mechanism of action of myrbetriq

Myrbetriq contains beta-3 adrenergic agonist which increases bladder capacity. The drug contains an anticholinergic agent, which is a substance that blocks the neurotransmitter acetylcholine in the central and the peripheral nervous system and stops involuntary bladder contractions. The drug also relaxes the detrusor urinae muscle during the storage phase.

Astellas Pharma conducted Phase I clinical trials on myrbetriq between April 2009 and June 2009. It was an open label, non-randomised, pharmacokinetics study. It enrolled 40 patients.

GlaxoSmithKline’s (GSK’s) Votrient is an approved medication for the treatment of renal cell cancer (RCC).

The primary outcome measure of the study was the assessment of the pharmacokinetics of mirabegron in comparison with solifenacin through analysis of blood samples. Solifenacin is another OAB drug manufactured by Astellas.

The company conducted Phase II clinical trials on myrbetriq from March 2011 to June 2012. It was a randomised, double-blind, placebo controlled, parallel group and multicentre clinical study. It enrolled 2,101 patients with overactive bladder conditions.

Astellas Pharma conducted Phase III clinical trials on myrbetriq between April 2008 and May 2010. It was a randomised, double-blind, parallel group, multicentre safety study which evaluated the efficacy of the beta-3 agonist in subjects with symptoms of OAB. The study enrolled 2,452 patients.

The FDA approval for myrbetriq was based on three Phase III clinical trials. The studies enrolled more than 2,700 patients in 12-week, double-blind, placebo-controlled studies. The studies were conducted on patients who consisted of 94% Caucasian and 72% female, with a mean age of 59 years.

Results of the study on Astellas Pharma’s drug

The results of the studies showed that the patients administered with myrbetriq 25mg and 50mg doses improved significantly in efficacy parameters of incontinence episodes and number of urinations in 24 hours.

"The drug was approved by the US Food and Drug Administration (FDA) in June 2012, for treating the patients with OAB."

The incontinence episodes were reduced by 1.36 episodes from a baseline of 2.65 in patients treated with myrbetriq 25mg, when compared to placebo, after 12 weeks.