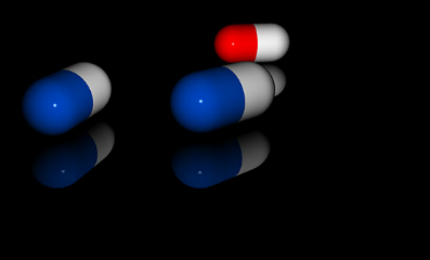 Namzaric (memantine/donepezil) is the first fixed-dose combination drug approved for the treatment of moderate and severe Alzheimer’s disease in the US.

It was developed by Forest Laboratories in collaboration with Adamas. Forest Labs was later acquired by Actavis.

The new drug application (NDA) for Namzaric was submitted to US Food and Drug Administration (FDA) by Forest Labs and Adamas in March 2014.

The FDA approved Namzaric as a combination drug comprising memantine HCl extended release (ER) and donepezil HCl for the treatment of moderate to severe Alzheimer’s disease in December 2014.

Alzheimer’s disease is a neurodegenerative disorder associated with memory problems, thinking and behavioural issues and becomes severe over a period of time. It mostly affects older people over the age of 65.

The drug binds to the NMDA receptor-operated caption channels, and exerts the therapeutic effects by inhibiting persistent activation in the central nervous system.

Myriad Pharmaceuticals’ Flurizan (tarenflurbil) is a selective amyloid lowering agent under development for the treatment of Alzheimer’s disease.

The FDA approval for Namzaric was based on results obtained from a Phase III clinical trial conducted to evaluate safety and efficacy of the drug for treatment of patients with moderate to severe Alzheimer’s disease.

The randomised, double-blind and placebo-controlled study enrolled 667 Alzheimer patients who were stabilised on acetylcholinesterase inhibitor (AChEI) therapy for past three months.

It was conducted on the bioequivalence of Namzaric with co-administered memantine HCl extended release and donepezil HCl. Approximately 68% of the total subjects received donepezil as the AChEI.

Patients were randomised to either memantine HCl extended-release 28mg/day or placebo while still being on AChEI therapy.

Results of the 24-week study were assessed with the help of a severe impairment battery (SIB), a multi-item instrument used for evaluation of cognitive function in patients with dementia.

The SIB studied a few cognitive aspects including elements of attention, language and orientation.

Results showed that at 24 weeks of treatment, the mean difference between SIB scores for patients treated with memantine HCl and those who received placebo/AChEI monotheraopy was 2.6 units.

The most common adverse effects observed during the clinical study in patients treated with Namzaric included headache, diarrhoea and dizziness, which occurred at a frequency of at least 5% in the memantine group than the placebo group.

Actavis and Adamas collaborated to develop Namzaric as a fixed-dose combination drug.