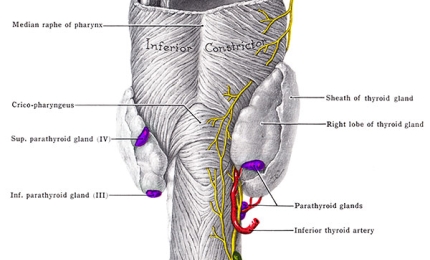 Natpara® (parathyroid hormone), a subcutaneous injection indicated for the treatment of hypoparathyroidism, was discovered and developed by NPS Pharmaceuticals that was acquired by Shire in February 2015.

Natpara received orphan drug status for the treatment of hypoparathyroidism from the US Food and Drug Administration (FDA) in 2007 and the European Medicines Agency (EMA) in 2013.

The FDA gave marketing approval for Natpara as an adjunct to calcium and vitamin D to control hypocalcaemia in patients with hypoparathyroidism in January 2015.

Hypoparathyroidism is a condition in which parathyroid glands do not produce sufficient amounts of parathyroid hormone (PTH). It leads to low levels of calcium and high levels of phosphate in the blood. It also can result in the inability to convert the native vitamin D into an active state, which affects the proper absorption of oral calcium.

“Natpara received orphan drug status for the treatment of hypoparathyroidism from the US FDA in 2007 and the EMA in 2013.”

An estimated 100,000 people across the US have hypoparathyroidism.

Natpara® contains a bioengineered duplication of human PTH 1-84, which is achieved through a hormone replacement therapy.
The drug is available in 50mcg dose and can be self-administered by subcutaneous injection.

The FDA approval for Natpara® was based on the results obtained from 12 pharmacology and four company-sponsored clinical studies, which were conducted to evaluate the safety and efficacy of the drug.

Namzaric (Memantine / Donepezil) for the Treatment of Alzheimer’s Disease, USA

Namzaric (memantine / donepezil) is the first fixed-dose combination drug approved for the treatment of moderate and severe Alzheimer’s disease in the US.

NPS Pharmaceuticals conducted a pivotal phase III study known as REPLACE. It was a randomised, double-blind, placebo-controlled study conducted on hypoparathyroidism patients. It enrolled 134 patients and was conducted for 24 weeks. In the study, the active vitamin D and calcium given to the patients was gradually reduced while the daily subcutaneous Natpara was titrated up from 50µg to 75µg or 100µg.

Mayo Clinic Rochester conducted another study known as PARADOX, which evaluated the clinical, social and economic implications of hypoparathyroidism in 374 patients in the US. The study collected data through a 30-minute, web-based instrument and developed it with input from clinical experts, the Hypoparathyroidism Association, and patients.

Shire holds the global rights to manufacture and market Natpara®. The company plans to launch the drug across the US market in the second quarter of 2015.