Zinforo (ceftaroline fosamil) is approved across Europe for the treatment of serious skin infections or community-acquired pneumonia. Image courtesy of AstraZeneca.
Multiple sclerosis is an inflammatory autoimmune-mediated disease affecting the central nervous system.
Tudorza Pressair is administered twice a day, with 400mcg of aclidinium bromide per actuation. 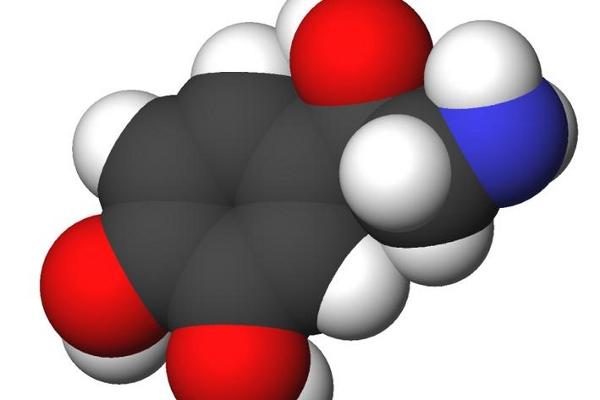 Northera (droxidopa) is the world’s first approved therapy for symptomatic neurogenic orthostatic hypotension (NOH). It was first produced by Dainippon Sumitomo Pharma (DSP) and commercialised in Japan in 1989. Chelsea Therapeutics International purchased the drug license from DSP in 2006.

Chelsea obtained accelerated approval for Northera for symptomatic benefit in adult patients with neurogenic orthostatic hypotension (NOH) from the US Food and Drug and Administration (FDA) in February 2014.

Neurogenic orthostatic hypotension (NOH) is an autonomic nervous system disorder characterised by a sudden drop in blood flow to the brain due to the inadequate release of norepinephrine resulting in hypotension upon standing and hypertension when lying down.

It is caused by primary autonomic failure, which is linked with Parkinson’s disease, multiple system atrophy and pure autonomic failure. The symptoms of NOH include dizziness, lightheadedness, blurred vision, fatigue, poor concentration, and fainting episodes. The disease is estimated to affect between 80,000 and 150,000 people in the US.

Northera is a synthetic amino acid analogue which is directly metabolised to norepinephrine by dopadecarboxylase. The specific mechanism of action of the drug is not known completely, but it is supposed to exert the pharmacological effects through norepinephrine and not through the parent molecule or other metabolites. It increases blood flow to the brain by stimulating peripheral arterial and venous vasoconstriction.

The drug is available in 100mg, 200mg and 300mg capsules for oral administration.

The FDA approval for Northera was based on a number of phase III short-term (one to two weeks) and longer term clinical studies (up to three months).

A phase III clinical trial known as Study 306B was conducted on 171 patients with symptomatic NOH and Parkinson’s disease, with 147 included in the efficacy analysis. Patients taken into the study had a drop of at least 20mmHg or 10mmHg in systolic or diastolic blood pressure within three minutes of standing. The patients were treated with 100mg to 600mg of Northera thrice daily or placebo for an initial dose titration period up to two weeks followed by an eight-week treatment period.

Myriad Pharmaceuticals’ Flurizan (tarenflurbil) is a selective amyloid lowering agent under development for the treatment of Alzheimer’s disease (AD).

The study results demonstrated that the mean baseline dizziness score was 5.1 on an 11-point scale in both groups. The patients who were treated with Northera showed a statistically significant mean 0.9-unit decrease in dizziness when compared to placebo at week one, but the effect did not continue beyond week one. The study also showed that the patients treated with Northera had a greater increase in lowest standing systolic blood pressure within three minutes after standing during the first week.

Patients taken into the study were required to have a decrease of at least 20mmHg or 10mmHg in systolic or diastolic blood pressure within three minutes after standing. The efficacy was measured using the orthostatic hypotension questionnaire (OHQ).

Study results demonstrated that the patients treated with Northera showed a mean 0.7 unit decrease in dizziness at week one compared to a mean 0.06 unit decrease reported in placebo patients.

Study 301 was further continued with studies 302 and 303 extensions, which enrolled 101, and 75 patients respectively. The patients were administered with Northera for three months and then entered a two week randomised withdrawal phase.

The results of both 302 and 303 studies showed that patients treated with Northera did not achieve a statistically significant difference between treatment arms on primary endpoint, indicating that the efficacy of Northera beyond two weeks is uncertain.

Chelsea Therapeutics International received the licence from Dainippon Sumitomo Pharma (DSP) in May 2006 for the development and commercialisation of Northera worldwide excluding Japan, Korea, China, and Taiwan.