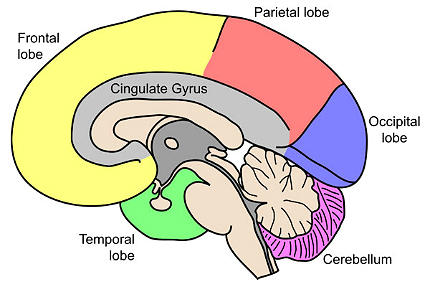 Nuedexta (dextromethorphan hydrobromide / quinidine sulfate) is a combination drug indicated for the treatment of pseudobulbar affect (PBA). The drug was developed and manufactured by Avanir Pharmaceuticals.

Avanir Pharmaceuticals received marketing authorisation for Nuedexta from the European Commission (EC) in June 2013, for the treatment of pseudobulbar affect (PBA).

The company had obtained the US Food and Drug Administration (FDA) approval for Nuedexta for the treatment of PBA in October 2010.

Pseudobulbar affect (PBA) is a neurologic disorder that emanates due to neurological conditions such as multiple sclerosis, amyotrophic lateral sclerosis, Parkinson’s disease, stroke and Alzheimer’s disease, or traumatic brain injury. The condition causes sudden and uncontrolled episodes of crying or laughing involuntarily.

PBA is estimated to affect more than one million people in the US.

“The condition causes sudden and uncontrolled episodes of crying or laughing involuntarily.”

Nuedexta contains a combination of two drugs, which include dextromethorphan hydrobromide and quinidine sulphate.

The exact mechanism of action of the drug is not known completely but it is believed to work by regulating excitatory neurotransmissions through the sigma-1 receptor agonist activity and NMDA receptor antagonist activity. The drug also slows the breakdown of dextromethorphan in the brain.

“Nuedexta contains a combination of two drugs, which include dextromethorphan hydrobromide and quinidine sulphate.”

The study results showed that patients treated with Nuedexta arms exhibited statistically significant lower laughing and crying episodes in comparison with placebo. The study also analysed mean scores on day 84 based on the Center for Neurologic Studies Lability Scale (CNS-LS). The mean scores were significantly lower in Nuedexta arms compared to placebo.

The CHMP approval for Nuedexta was based on a Phase III pivotal clinical study known as 07-AVR-123. It was a double blind, randomised, placebo controlled, multicentre and parallel group assignment. It enrolled 325 patients with amyotrophic lateral sclerosis and multiple sclerosis. The study evaluated the safety, efficacy and pharmacokinetics of Nuedexta. Patients were randomised to receive Nuedexta 15mg / 9mg, Nuedexta 23mg/9mg or Placebo. The study was conducted for a period of 12 weeks.

Avanir Pharmaceuticals is a leading biopharmaceutical company. It focuses on developing innovative medicines in the field of central nervous system disorders. It also develops drugs for high unmet medical need.

Nuedexta is manufactured and marketed in the US and other countries by Avanir Pharmaceuticals. The US Patent and Trademark Office (USPTO) granted patents for Nuedexta, which are scheduled to expire in July 2023.

Bifeprunox mesilate was a novel atypical antipsychotic agent under development by Solvay Pharmaceuticals as a treatment for schizophrenia and potentially conditions such as bipolar disorder.

SIMPONI ARIA® (golimumab) is a fully human anti-tumour necrosis factor (TNF) alpha monoclonal antibody. It is indicated for the treatment…

FETROJA (cefiderocol) for the Treatment of Bacterial Pneumonia

FETROJA® (cefiderocol) is the first approved siderophore cephalosporin antibacterial drug. It is indicated for the treatment of complicated urinary tract…

23 Sep 2020
Registration is disabled.
We use cookies to ensure that we give you the best experience on our website. If you continue to use this site we will assume that you are happy with it.ContinueLearn more