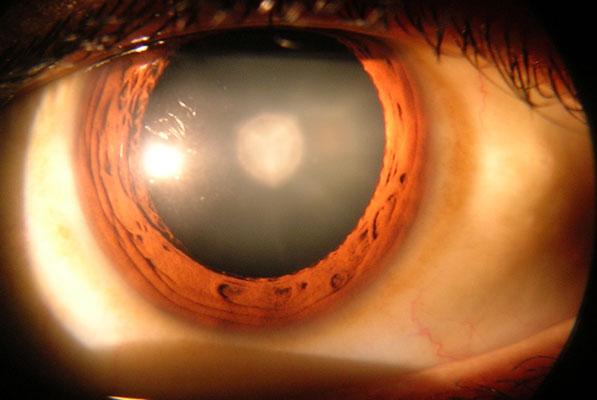 Omidria (ketorolac and phenylephrine/ OMS302) is the only approved drug for intraocular use to prevent intraoperative miosis and reduce postoperative pain in cataract surgery and other intraocular lens replacement (ILR) procedures. It was discovered and developed by Omeros Corporation.

The drug was approved by the US Food and Drug Administration (FDA) in May 2014 for use during cataract surgery or ILR procedures to maintain pupil size or prevent pupil constriction as well as reduce postoperative pain.

Omeros submitted the marketing authorisation application (MAA) for Omidria in Europe to the European Medicines Agency (EMA) in September 2014 and is currently under review.

Indicated for the reduction of elevated intraocular pressure (IOP) in glaucoma patients.

Cataract surgery and other (ILR) procedures involve removal of the natural lens of the eye and replacement with a new artificial lens. Procedures are performed to replace a lens opacified by a cataract.

It is estimated that around four million cataract and other ILR surgical procedures are performed every year in the US.

Omidria is made with combination of ketorolac, a mydriatic agent and phenylephrine, an anti-inflammatory agent, which together function as an irrigation solution to maintain pupil size by preventing pupil constriction and to reduce postoperative pain and irritation during cataract surgery or ILR. The drug can be administered through injection.

Omeros conducted two pivotal phase III clinical trials on Omidria under a programme named OMS302. FDA approval for Omidria was based on the results of these clinical trials.

The first phase III clinical trial was conducted between September 2011 and March 2012. It was a randomised, double blind, placebo-controlled and parallel assignment, which enrolled 405 patients across nine locations in the US.

"The primary outcome measure of the study was intraoperative pupil diameter and pain during the early postoperative period."

The second phase III clinical study was conducted between April 2012 and January 2013. It was a randomised, double masked, placebo controlled study that evaluated the pharmacokinetics of Omidria. A total of 416 patients were enrolled across a number of study centres in the US and the Netherlands.

Results of the pivotal phase III clinical studies demonstrated that the patients who were administered with Omidria showed statistically significant and clinically meaningful improvement in the prevention of miosis and reduction of postoperative pain when compared to placebo. The studies also showed that the ocular adverse reactions in the trials were similar between the Omidria and placebo groups.

Headquartered in Seattle, US, Omeros Corporation is a leading biopharmaceutical company in the world. The company is engaged in the discovery, development and commercialisation of small-molecule and protein therapeutics, which are used for orphan indications targeting inflammation, coagulopathies and disorders of the central nervous system.

Omidria is derived using proprietary PharmacoSurgery platform developed by Omeros. The company plans to launch the drug in the US market in late summer or early fall 2014.