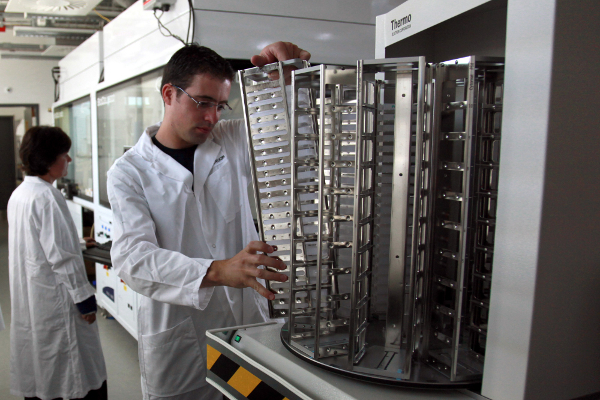 Opsumit (macitentan) is an oral dual endothelin receptor antagonist indicated for the treatment of pulmonary arterial hypertension (PAH). The drug was developed by Actelion Pharmaceuticals.

Opsumit was approved by the US Food and Drug Administration (FDA) for the treatment of PAH in October 2013.

Actelion submitted marketing authorisation application (MAA) for the approval of Opsumit to the European Medical Agency (EMA) in November 2012. The MAA is currently under review.

It is a type of high blood pressure impacting the arteries in the lungs and the right side of the heart.

Symptoms of the disease can range from mild breathlessness, fatigue, heart failure and severe restrictions on the exercise capacity.

The precise mechanism of action of Opsumit is not known completely, but the drug is believed to decrease the haemoglobin concentration and haematocrit.

The drug is available in the form of 10mg capsules for oral administration.

“Opsumit was approved by the US Food and Drug Administration (FDA) for the treatment of PAH in October 2013.”

Actelion conducted Phase II clinical trials on Opsumit between May 2009 and August 2011. It was a randomised, double blind, placebo controlled and parallel assignment.

The study enrolled 178 patients. The primary outcome measure was to demonstrate that Opsumit positively impacts the forced vital capacity (FVC) compared with placebo in patients with idiopathic pulmonary fibrosis (IPF).

Secondary outcome measures included evaluation of Opsumit’s impact on the time to disease worsening or death in patients with IPF, and evaluation of the safety and tolerability of Opsumit in the patient population.

“Opsumit was commercially launched in the US market in the first week of November 2013.”

The FDA Approval for Opsumit was based on Phase III clinical trials conducted between May 2008 and April 2012. The trial, known as ‘study with an endothelin receptor antagonist in pulmonary arterial hypertension to improve clinical outcome’ (SERAPHIN), was a randomised, controlled, global study conducted on 742 PAH patients.

The study was conducted in 151 centres across 40 countries in North America, Latin America, Europe, Asia-Pacific and Africa. The patients were randomised 1:1:1 to receive either 3mg and 10mg Opsumit once daily doses, or placebo.

The primary endpoint of the study was to demonstrate that either the dose of Opsumit prolongs the time to first morbidity or mortality event in patients with symptomatic PAH.

The secondary outcome measures included evaluation of the safety and tolerability of Opsumit in patients with symptomatic PAH.

The results of the study demonstrated that the patients treated with Opsumit 10mg showed reduction of 45% first occurrence of a morbidity or mortality event when compared to placebo.

The study also showed that patients treated with Opsumit showed a reduction in PAH-related hospitalisation and death by 50% compared to placebo.

Opsumit was commercially launched in the US market in the first week of November 2013. Other medications approved for the treatment of PAH include Veletri developed by Actelion and Revatio manufactured by Pfizer.

Revatio is an approved formulation developed by Pfizer for the treatment of pulmonary arterial hypertension.