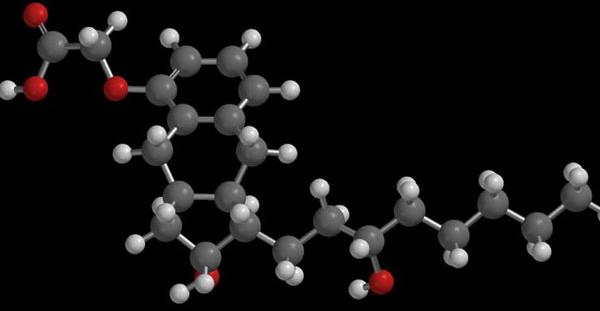 Orenitram (treprostinil/UT-15C) is indicated for the treatment of pulmonary arterial hypertension (PAH), in World Health Organisation (WHO) Group I patients, to improve exercise capacity. The drug was discovered and developed by United Therapeutics Corporation.

United Therapeutics received approval for marketing Orenitram, from the US Food and Drug Administration (FDA), for the treatment of pulmonary arterial hypertension (PAH) in December 2013.

Pulmonary arterial hypertension (PAH) is characterised by high blood pressure in the arteries. The disease originates when pulmonary arteries and capillaries become narrowed, blocked, or destroyed.

The disease can result in heart failure or decreased tolerance to exercise due to shortness of breath, dizziness and fainting. The principal symptoms of the disease include breathlessness, fatigue, heart failure, and severe restrictions on the exercise capacity.

The disease is estimated to affect 1,000 people every year in the US. The incidence of the disease is 2.4 cases per million people in a year. It is also observed that women are more commonly affected by PAH as they constitute about 60% of the registered cases.

“Common side-effects found in the patients treated with Orenitram during the clinical study included headache, nausea, and diarrhoea.”

FDA approval of Orenitram was based on the results obtained from a phase III clinical trial, known as FREEDOM-M study. It was a randomised, double blind, and parallel assignment, which enrolled 349 PAH patients. The study was conducted between October 2006 and April 2011.

The study results showed that the patients administered with Orenitram did not show a benefit in exercise with median 6MWD at week 16.

Headquartered at Silver Spring in Maryland, United Therapeutics Corporation is a leading biotechnology company engaged in the manufacturing and marketing of products targeting the unmet medical needs of patients with chronic and fatal conditions.

Supernus Pharmaceuticals entered into a licensing agreement with United Therapeutics for the development of extended release formulation of Orenitram. Under the agreement, Orenitram uses EnSoTrol, an innovative osmotic technology platform developed by Supernus that allows improved solubility and controlled oral delivery of pharmaceutical agents.

The EnSoTrol platform has been designed to offer distinctive release profiles as well as to deal with specific challenges in oral delivery of Orenitram.

Other medications available in the market for the treatment of PAH include Opsumit and Veletri developed by Actelion Pharmaceuticals, and Revatio manufactured by Pfizer.