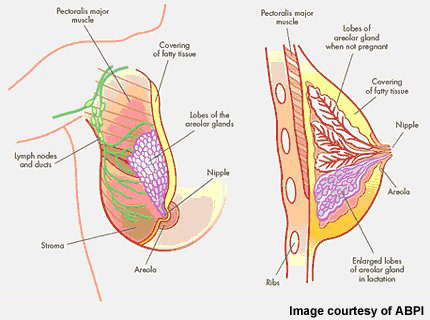 Roche / Genentech’s Perjeta (Pertuzumab) is a humanised monoclonal antibody (MAb) to the HER2 receptor for the treatment of advanced breast cancer.

A Phase III trial, CLinical Evaluation Of Pertuzmab And TRAstuzumab (CLEOPATRA), was completed in July 2011.

Progression to Phase III clinical trials came on the back of encouraging Phase II data, which suggested that the addition of pertuzumab to Trastuzumab (Herceptin) could benefit breast cancer patients no longer responsive to standard therapy (trastuzumab plus chemotherapy).

In February 2012, Roche’s Biologics License Application (BLA) for pertuzumab was accepted and granted priority review status by the US Food and Drug Administration (FDA).

The FDA approved pertuzumab in June 2012 for the patients with HER2-positive late-stage (metastatic) breast cancer.

The US FDA approved Perjeta regimen for neoadjuvant treatment (use before surgery) in patients with high-risk, HER2-positive early stage breast cancer in September 2013.

Roche has also submitted a marketing authorisation application (MAA) with the European Medicines Agency, which is currently under review.

"The FDA approved pertuzumab in June 2012 for the patients with HER2-positive late-stage (metastatic) breast cancer."

The HER family of transmembrane tyrosine kinase receptors, most especially HER2, have been identified as an important therapeutic target in breast cancer.

The HER signalling pathway is known to play a pivotal role in neoplastic cell growth, differentiation, malignant transformation and resistance to chemotherapy.

In patients with HER2-positive breast cancer, amplification of the HER2 oncogene leads to over-expression of the receptor on cancer cells and promotion of tumour cell growth. It affects about 20% to 30% of breast cancer patients and is associated with aggressive disease and poor prognosis.

Roche’s trastuzumab (herceptin), which targets the HER 2 receptor protein, is now an established treatment for patients with HER2-positive breast cancer. Pertuzumab also targets the HER2 receptor, but as a HER dimerization inhibitor, or HDI, it inhibits the dimerization or ‘pairing’ of the HER2 protein with other members of the HER family of receptors: HER1/EGFR, HER3 and HER4.

For example, in response to mitogenic signals, HER1 and HER3 form heterodimers with HER2 and act as strong oncogenic signals.

With complementary modes of action, potential exists to combine pertuzumab with trastuzumab in the treatment of HER2-positive breast cancer.

Early results from a non-randomised Phase II study have shown evidence of meaningful activity from pertuzumab in combination with trastuzumab in a cohort of 66 patients with late-stage cancer, whose disease had progressed during trastuzumab therapy. At study entry, all patients had measurable progressive HER2 positive breast cancer and had received up to three courses of prior chemotherapy, plus trastuzumab.

"Potential exists to combine pertuzumab with trastuzumab in the treatment of HER2-positive breast cancer."

Preliminary results showed that approaching 20% of patients responded to pertuzumab plus trastuzumab, while a further 21% experienced disease stabilisation lasting for at least six months.

Final results of the study, announced in February 2010, showed the combination of pertuzumab and trastuzumab was well tolerated in patients. About 7.6% of the patients experienced a complete response and 16.7% experienced partial response. Mild to moderate adverse events were reported.

The Neoadjuvant Study of Pertuzumab and Herceptin in an Early Regimen Evaluation (NEOSPHERE) was a Phase II randomised study, conducted at 78 centres worldwide. The study recruited 417 women who were newly diagnosed with HER2-positive breast cancer and had not received trastuzumab (herceptin) before.

In December 2010, Genentech announced the results of the NEOSPHERE study. The results showed that the combination of trastuzumab with pertuzumab improved the rate of tumour disappearance in patients.

Based on these encouraging Phase II results, Genentech initiated two Phase III trials of pertuzumab. The first study, CLEOPATRA, explored the effectiveness of pertuzumab in combination with trastuzumab as first-line therapy in metastatic disease, as well as in the neoadjuvant setting in early breast cancer (prior to surgical removal of the tumour).

The study enrolled 808 patients across 19 countries. It met the primary endpoint in July 2011. Results released in December 2011 showed the drug exhibited a 6.1 month improvement in progression-free survival in metastatic breast cancer patients.

In July 2010, Genentech initiated another Phase III trial of pertuzumab, called MARIANNE. The study will evaluate the combination of pertuzumab with an investigational medicine T-DM1 as first-line treatment for advanced HER2-positive breast cancer. Around 1,092 patients have been enrolled for the study, which is expected to be completed by April 2016.

Genentech initiated a third Phase III trial in October 2011 to evaluate the safety and efficacy of the drug in combination with chemotherapy and herceptin. HER-2 positive breast cancer patients are currently being recruited for the trial. Around 3,806 patients will be enrolled in 425 study centres. The primary endpoint of the study will be to achieve disease-free survival. The trial is expected to be completed by July 2024.

"A Phase III trial, CLinical Evaluation Of Pertuzmab And TRAstuzumab (CLEOPATRA), was completed in July 2011."

Encouraging preliminary results have been reported with pertuzumab in patients with ovarian cancer, in which HER2 over-expression also occurs.

Adverse events were consistent with previous clinical trials of pertuzumab and included fatigue, diarrhoea, back pain and neutropenia.

Although there have been major advances in the treatment of breast cancer in the last 10 to 15 years, it remains a disease for which additional treatments are still needed to improve outcome. It is still the leading cause of cancer mortality in women.

Roche / Genentech’s pertuzumab comes from the company expertise in therapeutic MAb research and development, which has seen trastuzumab (herceptin) become a standard therapy for different stages of HER2-positive breast cancer.

Researchers suggest that the potential to exploit synergism by combining trastuzumab with pertuzumab may offer a more effective therapeutic approach to breast cancer than treatment with a single HER2 MAb.

Abraxane for the Treatment of Late-Stage Pancreatic Cancer, US

Abraxane (albumin-bound paclitaxel for injectable suspension) is an intravenous injection indicated for the treatment of metastatic pancreatic cancer. The drug was originally developed by Abraxis BioScience, which was acquired by Celgene Corporation in October 2010.