Acute Coronary Syndrome (ACS) develops when there is not enough blood and oxygen supply to the heart due to the obstruction of the coronary arteries. Image courtesy of Schandra.
Plavix is available in 75mg and 300mg doses, for oral administration. Image courtesy of Trounce.
Plavix contains clopidogrel, a thienopyridine class inhibitor. 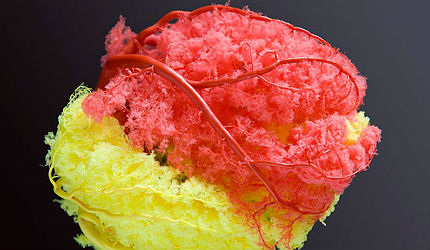 Plavix (clopidogrel bisulfate) is a thienopyridine class inhibitor indicated for the treatment of acute coronary syndrome (ACS). It was first approved by the US FDA (Food and Drug Administration) in 1997 and was developed and manufactured by Bristol-Myers Squibb (BMS) in collaboration with Sanofi-Aventis. The patents on Plavix expired in May 2012.

In May 2012, the FDA approved the generic version of plavix for the reduction of heart attack or stroke risks in patients with atherosclerosis.

"It is estimated that about 1.7 million people around the world were affected by ACS in 2010."

Acute Coronary Syndrome (ACS) is a serious medical emergency condition that develops when there is not enough blood and oxygen supply to the heart, due to the obstruction of the coronary arteries.

It is estimated that about 1.7 million people around the world were affected by ACS in 2010 and an estimated two million cases could be registered by 2020.

It is a blood thinning drug which helps to prevent blood clots that could cause a heart attack or stroke. The drug is available in 75mg and 300mg doses.

Sanofi-Aventis and Bristol-Myers Squibb jointly conducted Phase II clinical trials on Plavix between May 2006 and July 2009. The study enrolled 92 patients in Canada. Primary outcome measures of the study were to find vein graft intimal area after one year of surgery. Secondary outcome measures included incidences of major adverse coronary events and major bleeding events one year after the surgery.

BMS and Sanofi Aventis conducted Phase III clinical trials on Plavix, which were known as the CURRENT study, between June 2006 and September 2009. It was a randomised, multinational, double-blind study that compared a high-loading dose regimen of clopidogrel to a standard dose.

The FDA approval for plavix was based on a Phase III clinical trial known as the CURE (Clopidogrel in Unstable Angina to Prevent Recurrent Events) trial.

"The results of the study showed that patients treated with plavix experienced reduced risk of heart attack, stroke or cardiovascular death by 20%."

It was a randomised, double-blind, placebo-controlled trial that compared clopidogrel with placebo in patients who presented acute coronary syndrome without ST-segment elevation.

The study enrolled more than 12,562 patients with ACS who were administered with plavix and placebo standard aspirin therapy.

The primary outcome measure of the study was to find out the composite of death from cardiovascular causes, nonfatal myocardial infarction, or stroke. The secondary outcome measures included severe ischemia, heart failure and the need for revascularisation.

The results of the study showed that patients treated with plavix experienced reduced risk of heart attack, stroke or cardiovascular death by 20%.

Production and marketing of treatments for ACS

Brilinta is an anti-platelet drug which decreases the platelet aggregation and prevents blood clots.

Plavix is the second-best selling drug for the treatment of acute coronary syndrome in the US, after Pfizer’s cholesterol-reduction drug, Lipitor. Plavix faces competition from Brilinta, which is developed by Astra Zeneca for the same indication.