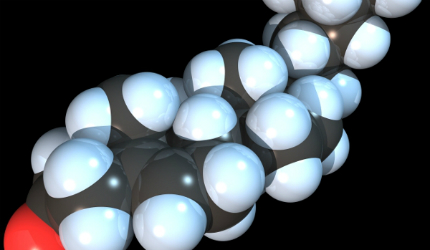 Praluent (alirocumab) is an investigational therapy injection intended for the treatment of patients with hypercholesterolemia. It will become the first fully-human monoclonal antibody targeting PCSK9 (proprotein convertase subtilisin / kexin type 9) in the US, if approved.

The drug was discovered by Regeneron Pharmaceuticals and is being developed in collaboration with Sanofi US.

The biologics license application (BLA) of Praluent was accepted for priority review by the US Food and Drug Administration (FDA) in January 2015 with a target action date scheduled in July 2015.

In June 2015, the Endocrinologic and Metabolic Drugs Advisory Committee (EMDAC) of the US FDA recommended the approval of the drug.

Sanofi and Regeneron submitted the marketing authorisation application (MAA) of the drug to the European Union in January 2015, which is currently under review by the European Medicines Agency (EMA). Both the FDA and the EMA have conditionally accepted the drug’s trade name.

Contrave for the Treatment of Obesity, United States of America

Contrave (Bupropion / naltrexone) is a drug indicated for treating obesity. The drug was developed by Orexigen Therapeutics.

Hypercholesterolemia is characterised by the very high-level presence of cholesterol in the blood. Cholesterol is a fatty substance produced in the body and is required to build cell membranes, and produce certain hormones, and compounds that help in fat digestion. It can also be obtained from food sources such as animal and dairy products.

While the required amount of cholesterol is essential, high levels are likely to increase the risk of heart diseases.

HDL is termed as good cholesterol as it reduces the risk of heart diseases by aiding in flushing the LDL out of the body.

"While the required amount of cholesterol is essential, high levels are likely to increase the risk of heart diseases."

Alirocumab, a monoclonal antibody, targets proprotein convertase subtilisin / kexin type 9 (PCSK9), which is an enzyme that impairs the clearance of bad cholesterol (LDL) from the plasma by promoting LDL receptor degradation.

Alirocumab reduces the LDL levels by increasing the number of LDL receptors hence facilitating LDL clearance from the blood.

The 18-month trial enrolled 5,000 patients across ten pivotal trials ranging from six months to two years. In a randomised trial, which enrolled 2,341 patients that are at high-risk for cardiovascular events and receiving treatment with statins at the maximum tolerated dose with or without another lipid-lowering therapy.

"There was a significant (56%) reduction in the LDL level from baseline in Alirocumab patients compared to patients who were on placebo."

The EMDAC’s recommendation was based on results from a phase III, double-blind clinical programme named Odyssey, which was conducted to determine the safety and efficacy of alirocumab.

The subjects were randomised to receive either alirocumab (150mg) or placebo as a 1ml subcutaneous injection self-administered every two weeks for 78 weeks in a 2:1 ratio. The primary end point was the percentage change in calculated LDL cholesterol level from baseline to week 24.

The results showed that at week 24, alirocumab reduced LDL from baseline by an additional 62% compared to placebo when the current standard of care is added including maximally-tolerated stains. Approximately 81% patients in the alirocumab-group achieved pre-specified LDL range that is either 70mg/dL or 100mg/dL based on baseline CV, compared to 8.5% for placebo.

At week-76, alirocumab when given along with statin therapy at the maximum tolerated dose, significantly reduced LDL cholesterol levels. There was a significant (56%) reduction in the LDL level from baseline in Alirocumab patients compared to patients who were on placebo.