Amyotrophic lateral sclerosis (ALS) is a progressive neurodegenerative disorder. Image courtesy of Frank Gaillard.
Revlimid contains lenalidomide that delays the growth of tumour cells in the immune system.
The drug can be administered through intravenous infusion. Image courtesy of Calleamanecer. 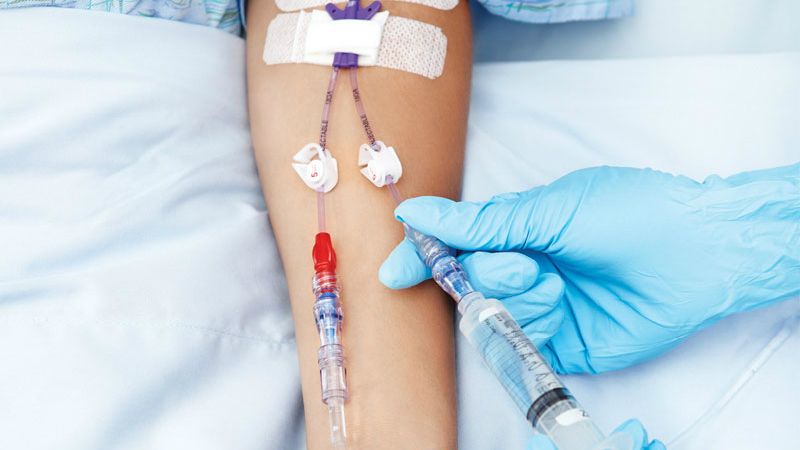 Radicava™ (edaravone) is a neuroprotective agent indicated for the treatment of amyotrophic lateral sclerosis (ALS).

The drug was discovered and developed by Mitsubishi Tanabe Pharma America, a pharmaceutical company based in the US.

The company submitted a new drug application (NDA) to the US Food and Drug Administration (FDA) for Radicava™’s approval in June 2016, which was accepted for review in August 2016.

Radicava™ was also approved in Japan and South Korea in June 2015 and December 2015, respectively. In the same year, the drug obtained orphan designation from the European Commission (EC) and the FDA.

The condition causes muscles to become weak and ultimately leads to paralysis. The disease initially causes mild symptoms such as muscle weakness or muscle atrophy. Most patients die from respiratory failure within three to five years.

The Centers for Disease Control and Prevention estimates that between 12,000 and 15,000 people in the US are affected by ALS, while between 5,000 and 6,000 people a year are newly diagnosed with the disease in the country.

Radicava™ contains edaravone, a nootropic and neuroprotective agent used for neurological recovery. It is thought to act as a free radical scavenger and prevent oxidative stress damage to neurones.

The study enrolled 137 patients with ALS, who were randomised in 1:1 ratio to receive Radicava™ 60mg intravenously for 60 minutes or placebo for six-months. The primary endpoint of the study was a change in the ALS functional rating scale-revised (ALSFRS-R) score from baseline to six months. The revised ALSFRS was used to measure disease status and levels of disability in patients with amyotrophic lateral sclerosis.

The most common adverse reactions found in patients treated with Radicava were bruising, gait disturbance, and headache.

Radicava™’s efficacy with long-term patients and the effect on survival is yet to be evaluated.

MT Pharma America was established by MTPC to commercialise the group’s approved pharmaceutical products in the US. The company plans to launch Radicava™ in the US market in August 2017.