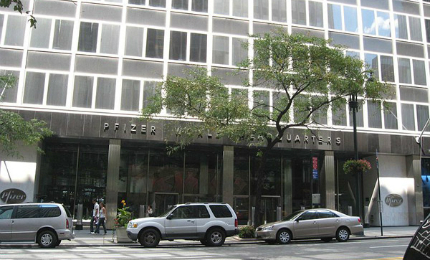 Rapamune (sirolimus), an immunosuppressive agent, is the first approved medicine in the US for the treatment of lymphangioleiomyomatosis (LAM), a rare, progressive lung disease that affects the lungs, kidneys and the lymphatic system.

The drug was discovered and developed by Pfizer.

The supplemental new drug application (sNDA) of Rapamune submitted by Pfizer to the US Food and Drug Administration (FDA) was approved under a priority review in May 2015. The approval made Rapamune the first treatment to stabilise lung function in lymphangioleiomyomatosis (LAM) patients.

The drug is also approved in the US for the prophylaxis of organ rejection in kidney transplant patients over the age of 13.

"The active ingredient sirolimus inhibits the activation and proliferation of T-lymphocyte by a mechanism that is distinct from that of other immune-suppressants."

LAM is a rare, progressive lung disease characterised by an abnormal growth of smooth muscle cells in lung tissues that results in invading the airways, blood and lymph vessels. It leads to the obstruction of airflow and limits delivery of oxygen to the body over time.

LAM’s symptoms are similar to those caused by other lung diseases such as asthma, emphysema and bronchitis, making it difficult to diagnose. It is estimated that approximately 800 patients in the US are affected with LAM.

The active ingredient sirolimus inhibits the activation and proliferation of T-lymphocyte by a mechanism that is distinct from that of other immune-suppressants. It also inhibits antibody production and binds to immunophilin to generate an immunosuppressive effect.

Rapamune is available in two forms, an oral solution and tablets. Each oral solution carton contains a 60ml solution in an amber glass bottle, one oral syringe adapter, disposable amber oral syringes with caps and a carrying case. The solution has to be mixed with water or orange juice for oral administration only.

Rapamune tablets are available in yellow-to-beige colour in 0.5mg, 1mg and 2mg dosages.

FDA approval was based on results from the Multicenter International Lymphangioleiomyomatosis Efficacy of Sirolimus trial (MILES).

Results of the study showed patients treated with Rapamune for one year experienced stabilisation of lung function when measured by forced expiratory volume in one second (FEV1).

The study, which enrolled 89 LAM patients with moderate lung impairment, compared Rapamune with a placebo for a one year treatment period followed by one year observation period. Out of 89 enrolled patients, 43 received a placebo and 46 received Rapamune.

The primary endpoint was the difference between the rate of change (slope) per month in FEV1 in the two groups.

The mean change in FEV1 during the one year period was 153ml. It was observed that decline in lung function was resumed after discontinuing Rapamune.

In addition, the rate of changeover of vascular endothelial growth factor D (VEGF-D), which is a lymphangiogenic growth factor shown to be elevated in patients with LAM, was significantly different in the Rapamune-treated group compared to the placebo group.

The mean change in VEGF-D during the one-year period was approximately 50% of the mean VEGF-D at enrolment.