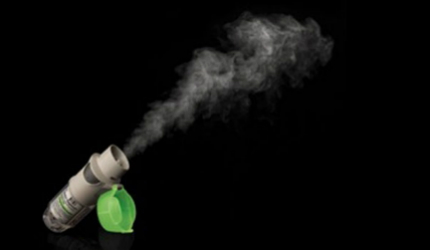 Stiolto Respimat was approved by the US Food and Drug Administration (FDA) in May 2015 as a long-term, once-daily maintenance treatment for airflow obstruction in patients with COPD, including chronic bronchitis and / or emphysema, but was not indicated for the treatment of asthma or acute deterioration of COPD.

Daliresp (Roflumilast) is an oral tablet that is proved to reduce the risk of exacerbations in patients suffering from severe chronic obstructive pulmonary disease (COPD).

COPD is a set of chronic lung diseases, including chronic bronchitis and emphysema, which are caused due the obstruction of airflow to the lungs. Common symptoms of COPD include breathlessness, excessive production of sputum, and chronic cough. Main causes of the disease are smoking, air pollution, dust and chemicals.

COPD affects approximately 210 million people worldwide and is predicted to become the third largest cause of death by 2030.

Stiolto Respimat is administered using a propellant-free, platform inhaler, known as Respimat, which is a common oral inhaler used for all the respiratory therapies of Boehringer Ingelheim. Respimat delivers a unique mist allowing the medication to go deep into the lungs. The drug should be taken in two inhalations at the same time once a day.

Stiolto Respimat contains a combination of active ingredients namely tiotropium and olodaterol. Tiotropium, an anti-cholinergic, is a long-acting, muscarinic antagonist that exhibits pharmacological effects in the airways through the inhibition of M3-receptors leading to bronchodilation (increased airflow to the lungs).

Olodaterol is a long-acting beta2-adrenergic agonist (LABA) that exerts its pharmacological effects by binding and activating beta2-adrenoceptors in the airways. The activation of these receptors leads to elevated levels of cyclic adenosine monophosphate (cAMP), which induces bronchodilation.

The FDA-approval was based on the results from two Phase III clinical trials, and a global clinical trial programme conducted to evaluate the safety and efficacy of the drug.

"Respimat delivers a unique mist, which allows the medication to go deep into the lungs."

In the two confirmatory trials, which were replicate, randomised, double-blind, active-controlled, parallel group trials, Stiolto Respimat was compared with tiotropium and olodaterol. The patients enrolled were 40-years or older and clinically-diagnosed with COPD, had a smoking history of more than ten years, and moderate to severe pulmonary impairment.

Of the total 5,162 COPD patients enrolled, 1,029 received Stiolto Respimat, 1,038 received olodaterol 5mcg, and 1,033 received tiotropium bromide 5mcg. All the drugs were administered using the Respimat inhaler once daily in the morning.

The most common adverse reactions recorded were nasopharyngitis, cough and back pain.