Nesina (alogliptin) is indicated for the treatment of diabetes II mellitus.
Gattex contains glucagon-like peptide-2, which is a chain of 33 amino acids.
Stribild is available in the form of a tablet that can be administered orally. 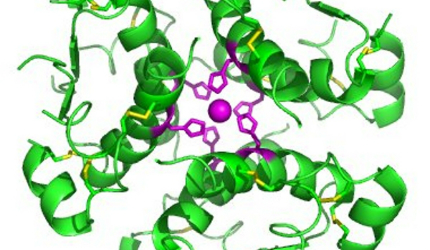 Tresiba (insulin degludec) is the first, long-acting, human insulin indicated for the treatment of Type 1 and Type 2 diabetes. The drug was discovered and developed by Novo Nordisk.

The FDA approved an extended indication of Tresiba in December 2016 for use in diabetic patients as young as one year old.

Tresiba can be used alone or in combination with oral anti-diabetic medicines, or bolus insulin, and acts for more than 42 hours. In addition, it is the first basal insulin that allows patients to dose at any time of the day.

The drug was launched in the US in January 2016. It is available in the FlexTouch device, a prefilled insulin pen, containing two concentrations of 80 units and 160 units per injection.

Afrezza is a rapid-acting insulin therapy indicated for controlling hyperglycaemia in adult patients with type 1 and type 2 diabetes mellitus.

Diabetes mellitus is a condition, in which the body either doesn’t produce enough insulin, or is unable to use it properly. As insulin plays a key role in controlling sugar levels in blood, irregular levels lead to excess build-up of sugar. High blood sugar leads to serious health problems.

Chronic diabetes includes Type 1 and Type 2 diabetes, of which Type 2 is the most common and accounts for approximately 90% to 95% of all diabetes cases. Diabetes is a serious health problem, affecting approximately 29 million people in the US alone.

When injected, insulin degludec forms stable depot of multi-hexamers in subcutaneous tissue. From there, it is slowly absorbed into the systemic circulation resulting in a prolonged time action profile.

"The FDA-approval for Tresiba was based on the results from a clinical trial programme known as Begin."

The FDA-approval for Tresiba was based on the results from a clinical trial programme known as Begin, which included nine randomised, controlled, treat-to-target, open-label trials conducted on Type 1 and Type 2 diabetics from more than 40 countries.

The first three studies A, B and C were conducted on patients with Type-1 diabetes. Subjects in these randomised, open-label, treat-to-target, active-controlled, trials were treated once-daily with Tresiba in combination with mealtime insulin.

The next six studies, D to I, also randomised, open-label, treat-to-target, active-controlled trials, were conducted on Type 2 diabetic patients. The subjects were administered with once-daily Tresiba in combination with mealtime insulin or common oral anti-diabetic.

Results of all the nine studies demonstrated that patients treated with Tresiba achieved levels of glycemic control similar to those achieved through other insulin medications such as Lantus (insulin glargine) and Levemir (insulin detemir) and also achieved statistically-significant improvements compared to sitagliptin.

Headquartered in Denmark, Novo Nordisk has been into innovation and leadership in diabetes care for more than 90 years. It employs approximately 39,000 people in 75 countries and markets its products in more than 180 countries. The company introduced pen needles for injectable diabetes therapies approximately 30 years ago.