Meningococcal B disease often results in severe infections of the lining of the brain. File image.
Trumenba is available in the form of 0.5ml single-dose prefilled syringes for intramuscular administration. Image courtesy of Gerda.
Eliquis achieved statistically significant results in clinical studies for preventing stroke. Image courtesy of Bristol-Myers Squibb. 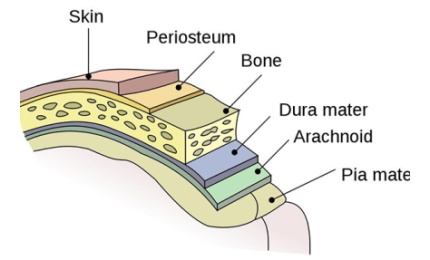 Trumenba is a vaccine licenced in the US for the prevention of invasive meningococcal meningitis B in adolescents and young adults between ten and 25 years.

Meningococcal meningitis B is a life-threatening infectious disease caused by Neisseria meningitidis serogroup B bacteria. It leads to infections of the lining of the brain and spinal cord (meningitis), as well as bloodstream infections.

Serogroup B accounted for around 40% of all meningococcal disease cases in the US in 2012.

Discovered and developed by Pfizer, the vaccine was approved in October 2014 with breakthrough therapy designation by the US Food and Drug Administration (FDA) for active immunisation against the invasive disease. Trumenba also received approval from the European Commission (EC) in May 2017.

Discovered and developed by Novartis, Bexsero is a vaccine indicated for the treatment of meningococcal group B (MenB) disease.

Around half of the people affected with meningococcal meningitis disease suffer severe brain damage. It is also potentially fatal if left untreated.

Of a total of 12 identified serogroups of Neisseria meningitides, A, B, C, Y and W have the potential to cause large epidemics. Meningococcal vaccines covering serogroups A, C, Y and W were previously approved in the US.

Neisseria meningitidis bacteria are transmitted through the exchange of respiratory and throat secretions. The disease affects people of all age groups and the incidence is high among infants under one year old, adolescents and young adults.

In spite of the use of antibiotic treatment, up to 15% cases are fatal and between 11% and 19% of patients are afflicted by long-term disabilities such as brain damage, hearing loss and learning disabilities.

“The effectiveness of the vaccine is likely to vary geographically, as the frequency of serogroup B meningococcal disease varies.”

The susceptibility of the bacterium to complement-mediated, antibody-dependent killing (ADCK) following Trumenba vaccination depends on the antigenic properties of the bacterium and fHBP vaccine, as well as the amount of fHBP on the surface of the invading meningococci.

Similar to other vaccines, Trumenba is not claimed to prevent the disease in all vaccinated individuals. The effectiveness of the vaccine is likely to alter geographically, as the frequency of serogroup B meningococcal disease varies from place to place.

Trumenba is available in 0.5ml single-dose prefilled syringes and is recommended to be intramuscularly injected in a three-dose series at ages two months, six months, and in young adults aged ten to 25 years. The preferred area for injection is the deltoid muscle of the upper arm.

The FDA’s approval of Trumenba was based on a demonstration of immune response but the effectiveness of the vaccine against diverse serogroup B strains is yet to be confirmed. With the FDA having granted accelerated approval status, Pfizer will continue studies to further assess the vaccine’s effectiveness.

The safety of Trumenba was evaluated in seven clinical trials, which enrolled 4,282 subjects in the age group of 11 to 35 years. Of the seven trials, four were randomised and controlled, while three were supportive non-controlled studies conducted in the US, Europe and Australia.

“The vaccine’s safety was assessed by evaluating the solicited local and systematic reactions.”

Of the total subjects, 4,250 were adolescents aged 11 through to 18, and 32 were adults aged 19 through to 25 years. Each subject received at least one dose of Trumenba.

A total of 1,004 subjects aged between 11 and 25 received saline placebo and any one of the vaccines, including human papillomavirus quadrivalent (types 6, 11, 16 and 18), recombinant (HPV4), tetanus toxoid, reduced diphtheria toxoid, acellular pertussis, and inactivated polio virus vaccine, as well as tetanus toxoid, reduced diphtheria toxoid, and acellular pertussis vaccine adsorbed.

The vaccine’s safety was assessed by evaluating the solicited local and systematic reactions and the use of antipyretic medication post-vaccination, as well as spontaneous reports of adverse events throughout the study.

Around 82% of the subjects who received three doses of Trumenba saw a rise of antibodies in their blood that immunised against four different strains of Neisseria meningitidis serogroup B, compared with less than 1% prior to vaccination.

The EC’s approval was based on results derived from the clinical development programme involving the evaluation of more than 20,000 adolescents and adults. Of these, 15,000 received the vaccine. The most common adverse reactions recorded were pain and swelling at the injection site, headaches, diarrhoea, muscle pain, joint pain, fatigue and chills.