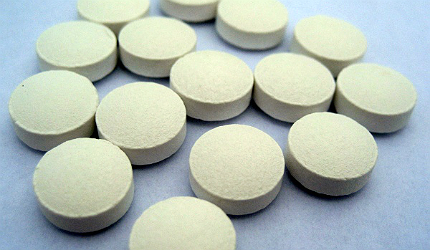 Uceris (budesonide) is glucocorticoid receptor that is indicated for the treatment of ulcerative colitis. It is developed by US-based biopharmaceutical company Santarus, in collaboration with Cosmo Technologies.

Santarus submitted the new drug application (NDA) for uceris to the US Food and Drug Administration (FDA) in December 2011. In January 2013, the company received approval for uceris from the FDA for induction of remission in ulcerative colitis patients.

What is ulcerative colitis?

Ulcerative colitis is a type of chronic inflammatory bowel disease that emanates in the colon (large intestine). It causes inflammation and ulcers inside the lining of colon. The symptoms of the disease include intermittent rectal bleeding, abdominal pain and diarrhoea. The Crohn’s and Colitis Foundation of America estimates that the disease affects about 700,000 people in the US.

Uceris contains a glucocorticoid steroid called budesonide. The mechanism of action of the drug includes controlling the rate of protein synthesis, inhibiting the migration of granulocytes and preventing or controlling inflammation.

The drug is available in tablet form in 9mg doses and uses the patented MMX multimatrix system and colonic delivery technology. It contains an enteric coat at the central part for protecting dissolution in gastric juice.

"Ulcerative colitis is a type of chronic inflammatory bowel disease that emanates in the colon."

Santarus conducted Phase III clinical trials on uceris between June 2008 and April 2010. It was a randomised, multicentre, double-blind, double-dummy and comparative placebo-controlled study. The study enrolled more than 514 patients. The primary outcome measure of the study was to evaluate the efficacy and safety of 6mg and 9mg doses of uceris for the treatment of patients suffering with active ulcerative colitis.

The secondary outcome measures of the study included a comparison of the 6mg and 9mg doses of uceris with Asacol, plus evaluation of the improvement in rectal bleeding, endoscopic, histological, bio humoral parameters after eight weeks.

Santarus conducted another Phase III clinical study on uceris between June 2008 and June 2010. It was a randomised, double blind, multicentre and parallel assignment study. The study enrolled 510 patients. The primary endpoint of the study was the evaluation of the clinical efficacy and safety of the drug. The secondary outcome measures include examining the efficacy of the drug in treating symptoms, such as rectal bleeding, endoscopic, histological and bio humoral parameters.

"In January 2013, the company received approval for uceris from the FDA."

The FDA approval for uceris was based on the results of two Phase III clinical trials. They were similarly-designed, open label, randomised, double-blind, placebo-controlled studies. The studies enrolled 970 patients suffering with active, mild to moderate ulcerative colitis. The patients were administered with 6mg and 9mg doses of uceris or placebo. The primary endpoint of the study was induction of remission, which was defined as an Ulcerative Colitis Disease Activity Index (UCDAI) score of <1 after eight weeks.

Santarus has initiated another Phase III clinical trial on uceris in February 2012. It is a multicentre, randomised, double-blind, placebo-controlled study. The study expects to enrol about 500 patients in about 120 clinical sites located across the US, Canada and Europe. The primary outcome measure of the study will include the induction of UCDAI remission in eight weeks. The secondary outcome measures will include finding the induction of clinical remission in ulcerative colitis patients, and time to onset of clinical remission.

Myrbetriq (mirabegron) is a beta-3 adrenergic agonist indicated for the treatment of the overactive bladder (OAB) condition.

Omontys (peginesatide) is an erythropoiesis-stimulating agent (ESA) developed for the treatment of anaemia associated with chronic kidney disease (CKD).

LUPKYNIS (voclosporin) for the Treatment of Lupus Nephritis, US

LUPKYNIS™ (voclosporin) is a calcineurin-inhibitor immunosuppressant indicated for the treatment of adult patients with active lupus nephritis (LN). It is…

Nulibry™ (Fosdenopterin) for the Treatment of Molybdenum Cofactor Deficiency Type A

Amondys 45 (casimersen) injection is an antisense oligonucleotide indicated for the treatment of patients with Duchenne muscular dystrophy (DMD). It…

Tepmetko (tepotinib) for the Treatment of Non-Small Cell Lung Cancer

Tepmetko (tepotinib) is an oral kinase inhibitor approved for the treatment of patients with metastatic non-small cell lung cancer (NSCLC).…