Ultresa is indicated for the treatment of exocrine pancreatic insufficiency.
Ultresa helps in the production of digestive enzymes such as amylase to aid in digestion.
Ultresa is the fifth PEP drug approved by the United States FDA. 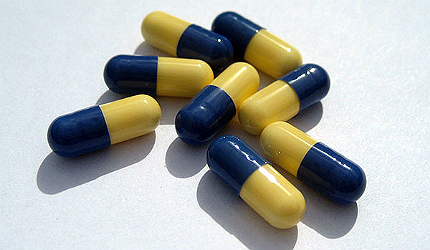 Aptalis Pharma’s Ultresa is indicated for the treatment of exocrine pancreatic insufficiency (EPI) caused by cystic fibrosis or other conditions. It was approved by the US Food and Drug Administration (FDA) in March 2012.

Ultresa is one of the five pancrelipase enzyme products (PEPs) to have been approved by the FDA as of May 2012. The FDA also approved another PEP, called Viokace, developed by Aptalis, in March 2012.

"Ultresa is one of the five pancrelipase enzyme products (PEPs) to have been approved by the FDA as of May 2012."

EPI is a disorder characterised by the inability to digest food and absorb nutrients in the intestines. It is caused when the exocrine cells in the pancreases are not able to generate the necessary digestive enzymes.

Enzyme insufficiency is usually the result of an underlying cause, such as cystic fibrosis, Shwachman-Diamond syndrome (SDS), pancreatic cancer, diabetes, autoimmune disease or even surgical procedures.

EPI goes undetected in most cases. Most common symptoms of the condition include vitamin deficiency, growth retardation, bone and weight loss, nausea and loss of appetite.

Pancreatic enzyme replacement therapy is the most common treatment methodology for EPI.

The treatment includes administering PEPs such as pancrelipase. The products break down various components of food such as fats, proteins and carbohydrates into units which can be easily digested.

Ultresa contains the active ingredient pancrelipase, recovered from the porcine pancreatic glands. It is a combination of digestive enzymes such as amylase, lipase and protease. These enzymes are physiologically similar to the enzymes secreted by the pancreas.

The pancreatic enzymes enable the conversion of fats into monoglycerides, glycerol and free fatty acids, proteins into peptides and amino acids, and starches into dextrins. They also convert maltose and maltotriose found in the duodenum and small intestine.

Dosage of Ultresa varies according to the individual symptoms of patients. It is not suitable for administration in children between the ages of 12 months and four years.

Ultresa was approved by the FDA based on positive results from two clinical trials. The trials recruited 40 patients aged between seven and 37 years suffering from EPI caused by cystic fibrosis.

Study one was a randomised, double-blind placebo controlled trial which recruited 31 patients aged between eight and 37 years. It compared ultresa with placebo.

All patients were administered ultresa doses of no more than 2,500 lipase units per kilogram of food. The patients consumed a high-fat diet and the primary endpoint was based on the final analysis of the stool results.

Study two was an open-label study which recruited nine patients aged between seven and 11 years. The dose administered to patients was similar to that in study one.

PEPs have been available in the US for several decades but have been sold as unapproved products. Ultresa has been sold in the market since 2003 but official approval was obtained only in March 2012.

In July 1991, the FDA issued a directive to pharmaceutical companies to stop the manufacturing and marketing of unapproved PEPs. The FDA announced that the manufacturers would be required to submit a New Drug Application to continue marketing the PEPs. It issued a deadline of April 2008 for the submission, but the deadline was later extended to April 2010.

A number of companies applied for approval of their PEPs following this guideline. Some of these products, however, did not meet the required safety and efficacy standards of the FDA. Creon, Zenpep and Pancreaze are the other PEPs approved apart from ultresa and viokace.