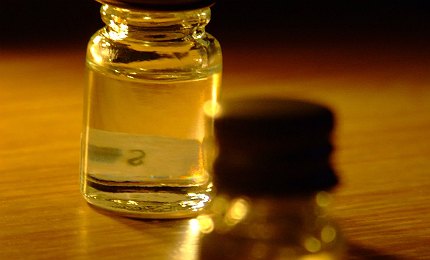 In January 2013, VariZIG was approved by the US Food and Drug Administration (FDA) for the reduction of the severity of chickenpox infections found in patient groups including children, pregnant women and newborns.

Chickenpox is a highly-infectious disease caused by the varicella zoster virus (VZV). The disease begins with a skin rash and itchy blisters mainly on the body and head. It generally occurs in children aged below ten years of age. Treatment for chickenpox mainly includes relieving the symptoms of the disease. The disease usually subsides itself as the immune system clears the body of the virus.

VariZIG contains a hyperimmune product with antibodies that are specifically targeted for treating VZV which causes chickenpox. The drug works by providing passive immunisation to VZV-affected patients for reducing the severity of the infection. The drug is available in 125 IU vials in the form of lyophilised powder.

Clinical trials of the antibody drug

"Cangene received approval for VariZIG in Canada for the post-exposure prevention of chickenpox in high risk patients."

VariZIG approval was based on the data collected from a Phase III clinical trial conducted by Cangene. It was a randomised, open label, multicentre and active-controlled clinical study. The study enrolled 60 pregnant women who were confirmed by a latex agglutination test as not having immunity to varicella zoster virus (VZV).

The patients were divided into three study arms. The first arm included administering a single intravenous (IV) dose of 125 IU per 10kg body weight to a maximum dose of 625 IU.

Results of the study demonstrated that clinical varicella was similar in all three treatment groups as the overall incidence reported was 33%. The study also found that in a subset of 28 patients who were exposed for more than 24 hours to the virus, the incidence of clinical varicella was 64%. No serious complications were encountered by any of the patients due to the virus.

"VariZIG approval was based on the data collected from a Phase III clinical trial conducted by Cangene."

Results of the study demonstrated that after six weeks varicella developed in 29% of the women who received IM or IV VariZIG, whereas it was 42% in patients who were administered with IM VZIG. The study also found that higher serum titres of anti-VZV were more quickly achieved in IV VariZIG administered patients group than IM VariZIG patients.

VariZIG is already approved and available in Canada. The drug was also introduced in the US under an investigational new drug (IND) expanded access protocol.

With the approval of the FDA, Cangene will commercially launch VariZIG across the US in March 2013. The drug will be distributed by FFF Enterprises, a leading biopharmaceutical supplier.

Other medications available in the market for the treatment of chickenpox included Zovirax (Aciclovir), manufactured by Glaxosmithkline (GSK), and Valtrex (Valacyclovir) which is marketed by GlaxoSmithKline (GSK).

Menactra vaccine is developed and manufactured by Sanofi Pasteur, the vaccines division of the Sanofi Aventis Group.

Cuvposa (Glycopyrrolate) is the first and only approved drug for controlling drooling in patients aged between three and 16 years of age.