Pulmonary Arterial Hypertension (PAH) is a disorder characterised by high blood pressure in the arteries. Image courtesy of Bulent Celasun, MD.
Pulmonary Arterial Hypertension is caused by the narrowing of the small arteries of the lung. Image courtesy of Tariq Abdulla.
Veletri is a synthetic version of a substance produced by the human body called prostacyclin. 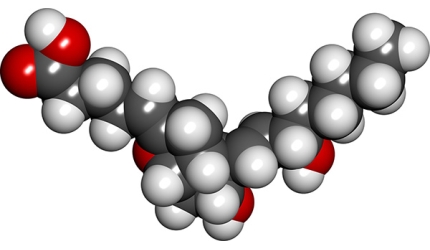 Veletri (epoprostenol) is an eicosanoid indicated for controlling functions in the body such as blood pressure and muscle contractions. It was originally developed by GeneraMedix. In 2009, the drug’s production rights were acquired by Actelion Pharmaceuticals.

In June 2008, Veletri was first approved by the US Food and Drug Administration (FDA) for the treatment of primary pulmonary hypertension in New York Heart Association (NYHA) Class III and Class IV patients.

In June 2012, Actelion received approval from the FDA for the supplemental new drug application (sNDA) for second-generation Veletri for treating PAH.

“Veletri (epoprostenol) is an eicosanoid indicated for controlling functions in the body such as blood pressure and muscle contractions.”

Pulmonary Arterial Hypertension (PAH) is a disorder characterised by high blood pressure in the arteries. The disease is caused by the narrowing of the small arteries of the lung, which leads to increase in the resistance to blood flow through the lungs. It is a severe and fatal disease which can result in heart failure or decreased tolerance to exercise due to shortness of breath, dizziness and fainting.

It is estimated that about 1,000 new cases of PAH are diagnosed every year in the US. The incidence of the disease is 2.4 cases per million people in a year. It is also observed that women are more commonly affected by PAH as they constitute about 60% of registered cases.

Veletri is a synthetic version of a substance found in the body called prostacyclin, an eicosanoid. It works by dilating blood vessels, preventing contraction of smooth muscle cells and reducing the stickiness of circulating platelets. The drug also helps the heart to effectively pump blood through the lungs. It is administered intravenously and is available in two vial strengths of 0.5mg and 1.5mg.

The FDA approval for Veletri was based on several controlled clinical trials. The initial clinical trials on Veletri showed that it significantly improved exercise capacity and survival in NYHA Class III and Class IV patients.

“Veletri is a synthetic version of a substance found in the body called prostacyclin, an eicosanoid.”

Phase II clinical trials on Veletri were conducted between June 2004 and January 2006. The study enrolled 60 patients. It was a randomised, double-blind and single-group assignment study. The purpose of the study was to determine the safety and efficacy of Veletri in treating PAH patients.

Actelion conducted a phase III clinical study on Veletri between March 2011 and June 2012. It was an open label, non-randomised and single-group assignment that enrolled 40 patients. The primary outcome measure of the study was change in cardiac hemodynamics. The secondary outcome measures included finding change in six minutes walk distance and change from baseline to end of study.

In the second quarter of 2010, Actelion launched an additional phase III clinical trial known as PROSPECT. The study enrolled about 300 patients across 60 centres in the US. It was an observational study which was aimed at prospectively evaluating the use of Veletri in PAH patients.

Actelion conducted a phase IV clinical trial on Veletri between March 2010 and July 2011. It was an open label, randomised, multicentre study which was aimed at finding the safety and tolerability of the drug in treating PAH patients. The primary outcome of the study was exploring the tolerability and safety of Veletri in 28 days. The secondary outcome measures included exploring pharmacokinetics and pharmacodynamics of ascending doses of Veletri.

Revatio is an approved formulation developed by Pfizer for the treatment of pulmonary arterial hypertension. The drug was first approved in June 2005 by the US Food and Drug Administration.