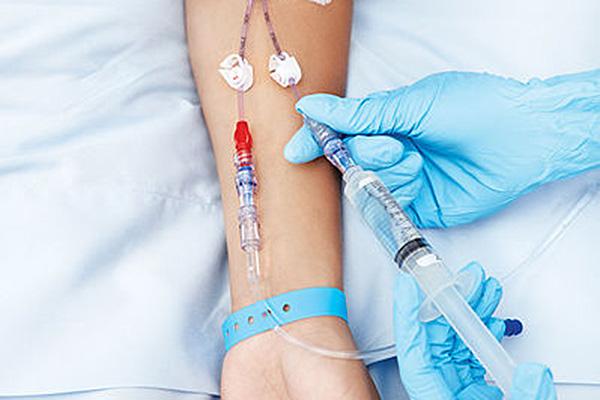 Vimizim (elosulfase alfa / BMN 110) is an enzyme replacement therapy (ERT) for treating patients with Morquio A syndrome (MPS IVA). The drug was developed by BioMarin Pharmaceutical and is the first ERT approved for the treatment of Morquio A syndrome.

BioMarin Pharmaceutical received the US food and Drug administration (FDA) approval for treatment of patients with Morquio A syndrome in February 2014. The drug has also obtained orphan drug designation in the US and European Union (EU).

The company has submitted marketing approval applications for the drug in the EU, Brazil, Australia, Canada, and Mexico.

Morquio A syndrome: cause and occurrence

Morquio A syndrome, also known as Mucopolysaccharidosis IVA, is an inherited lysosomal storage disorder. The disease occurs due to deficiency of an enzyme called N-acetylgalactosamine-6 sulfatase (GALNS) that is necessary for the removal of glycosaminoglycans (GAGs) present in the cells of the body.

The disease is estimated to affect one in 200,000 to 450,000 live births internationally. It affects approximately 800 patients in the US and 3,000 patients in other parts of the developed world annually.

Vimizim is an enzyme replacement therapy that replaces the deficient lysosomal enzyme N-acetylgalactosamine-6 sulfatase enzyme and improves the keratan sulfate metabolism. It is administered through intravenous infusion.

"The study was initiated to evaluate the safety and efficacy of weekly infusions of Vimizim. "

BioMarin Pharmaceutical conducted a phase/II clinical study on Vimizim between April 2009 and March 2011. It was an open label, non-randomised, single group assignment which enrolled 20 paediatric patients, below five years of age, with Morquio A syndrome (MPS IVA).

The study was initiated to evaluate the safety and efficacy of weekly infusions of Vimizim based on the vital signs, physical examination, and other tests and to determine its pharmacokinetic (PK) and pharmacodynamic (PD) parameters.

BioMarin Pharmaceutical also initiated a phase II open-label, multinational clinical study on Vimizim between November 2011 and January 2014, to evaluate the drug’s safety and efficacy. The study enrolled 15 patients, who were less than five years of age and suffering from Morquio A syndrome. The primary aim of the study was to present a descriptive summary of clinical safety assessments. The secondary aim was to evaluate the change in urinary Keratan Sulfate measures over time, and the change in patient growth over time.

"The primary endpoint of the study was the change in six-minute walk distance at week 24."

Safety and efficacy of Vimizim were assessed in a phase III clinical trial conducted between February 2011 and August 2012. It was a randomised, double blind and placebo controlled trial which enrolled 176 patients, ranging in age from five to 57 years, from 28 centres internationally.