Pancreatic neuroendocrine tumours are a group of rare tumours of the endocrine pancreas which form due to the hormone-producing cells in the pancreas.
Boostrix was approved for use in the age group of 65 years or older in July 2011. Boostrix is a three-in-one vaccine for protection against whooping cough, tetanus and diphtheria.
Sutane contains oral multikinase inhibitors which stops the spread of cancer by blocking multiple molecular growth receptors. 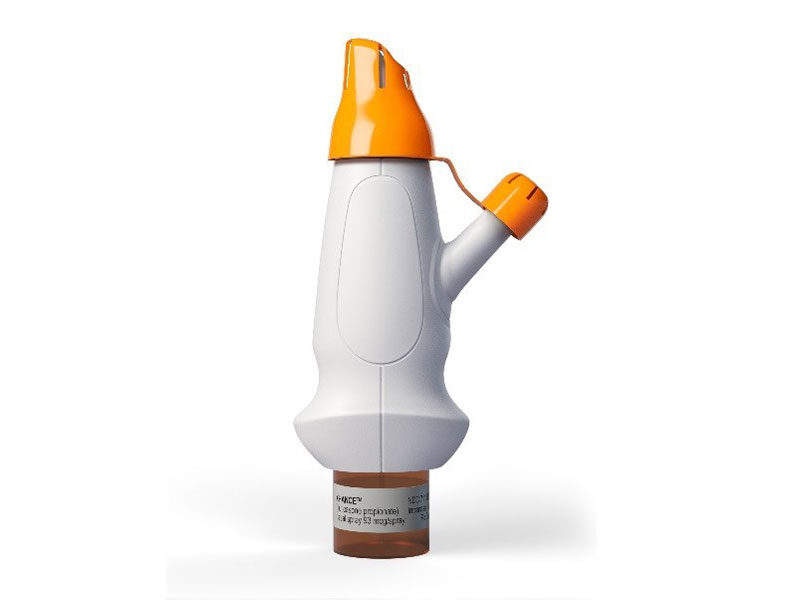 Xhance™ (fluticasone propionate) is a synthetic trifluorinated corticosteroid indicated for the treatment of nasal polyps in patients aged 18 years or older.

Previously known as OPN-375, the drug was discovered and developed by US-based specialty pharmaceutical company Optinose.

The new drug application (NDA) for Xhance™ was accepted for review by the US Food and Drug Administration (FDA) in January 2017. The FDA approved Xhance™ in September 2017.

Nasal Polyps are non-cancerous growths on the lining of the nasal cavity. The disease is more commonly associated with people who have chronic sinus infections, allergic rhinitis, asthma, and cystic fibrosis. Larger Nasal Polyps can result in blocking nasal passages and may lead to breathing problems and frequent infection.

Symptoms of the disease include nasal obstruction, runny nose, nasal congestion, reduced or total loss of smell, pain, headache, snoring, and difficulty breathing through the nose due to nasal obstruction.

An estimated 200,000 new symptomatic cases of nasal polyps a year are reported in the US. It is also estimated that between 25% and 30% of the 20 to 32 million patients in the US with chronic rhinosinusitis (CRS) have symptomatic nasal polyps.

It is administered using a 93mcg nasal spray, which delivers the medicine to targeted areas deep in the nose through an exhalation delivery system (EDS).

The clinical trials were conducted on patients who were treated previously with intranasal steroids and had sinus surgery or polypectomy.

The results demonstrated that patients treated with Xhance™ met the co-primary endpoints and experienced statistically significant reductions of nasal congestion or obstruction at week four, and total polyp grade at week 16.

The Phase III clinical trials NAVIGATE 1 and NAVIGATE 2 were conducted to investigate the efficacy and safety of Xhance™ in comparison with an EDS with placebo in adults with nasal polyposis and moderate-to-severe nasal congestion / obstruction.

The clinical studies enrolled patients in multiple centres across several countries, who were administered Xhance™ doses of 186mcg and 372mcg twice daily. The first treatment was 16-week long, which was followed by an additional eight-week phase.

Results of the NAVIGATE trials demonstrated that the patient groups treated with Xhance™ 186mcg and 372mcg achieved statistically significant reductions in both co-primary outcome measures, congestion/obstruction at week 4, and total polyp grade at week 16.