Veletri is a synthetic version of a substance produced by the human body called prostacyclin.
The European Commission (EC) approved Signifor for treating adult patients with Cushing's disease, in April 2012. Image courtesy of Novartis.
The FDA approval for Sabril for treating CPS and IS indications was based on two Phase III clinical trials. Image courtesy of Lundbeck. 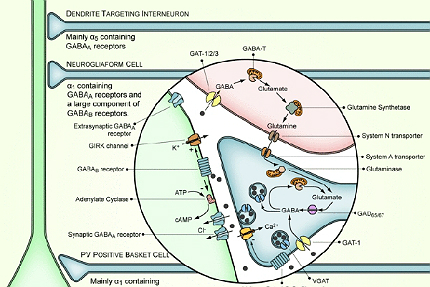 Zonegran (Zonisamide) is an anti-epileptic drug indicated for the treatment of partial seizures in adults with epilepsy with or without secondary generalisation.

The drug was originally discovered and developed by Dainippon Pharmaceutical (now Dainippon Sumitomo Pharma). Eisai has obtained co-development and marketing rights for Zonegran in Europe.

Eisai received approval from Swissmedic for Zonegran, for treating partial seizures in adults with newly diagnosed epilepsy, in July 2013.

The company also received positive opinion from the European Medicines Agency’s (EMA) Committee for Medicinal Products for Human Use (CHMP) for Zonegran as monotherapy for treatment of paediatric patients aged six years and above, in July 2013.

Zonegran was initially approved in Europe as an adjunctive therapy for the treatment of partial-onset seizures in March 2005. The drug was also approved by the US Food and Drug Administration (FDA) for the same indication in March 2000.

Epilepsy is a neurologic disorder of the brain that affects people of all ages. It is characterised by frequent seizures caused by abnormal activity in the brain.

It is estimated that about 70,000 people in Switzerland are living with epilepsy. The condition affects about 50 million people worldwide, and every eight in 1,000 people in Europe.

Zonegran contains sulphonamide anticonvulsant, which is used as an adjunctive therapy for the treatment of partial-onset seizures.

The precise mechanism of action of the drug is not known completely, but it is assumed to work by stopping the repetitive firing of voltage-gated sodium channels and reduction of T-type calcium channel currents. It is also believed to stop the uptake of the inhibitory neurotransmitter GABA.

Zonisamide is available for oral administration in capsule form, in 25mg, 50mg and 100mg doses.

Approval of Zonegran by Swissmedic was based on a Phase III randomised, double blind, multicentre study. The study enrolled 583 newly diagnosed adult partial epilepsy patients. It compared the efficacy and safety of Zonegran once-daily dose with twice-daily controlled release carbamazepine as monotherapy. The primary endpoint of the study was the proportion of seizure-free patients at six months.

“Zonegran contains sulphonamide anticonvulsant, which is used as an adjunctive therapy for the treatment of partial-onset seizures.”

Results of the study demonstrated that the patients treated with Zonegran showed high response rates for achieving seizure freedom similar to controlled release carbamazepine. Seizure freedom was achieved at the target dose of 300mg in majority of these patients. The drug was also considered non-inferior to carbamazepine. Zonegran was well tolerated and had no apparent safety concerns after one year of treatment, at doses ranging between 300mg/day and 500mg/day.

FDA approval for Zonegran was based on three Phase III clinical trials. The placebo controlled, double blind and multicentre studies enrolled 499 patients with partial onset seizures, for whom one or two antiepileptic drugs were ineffective. The primary outcome measure of the study was median percent reduction in seizure frequency. Two dose escalation regimens were studied in the first Phase III study. The second study involved varied doses of Zonegran or placebo administered twice daily. Zonegran was administered once daily in the third study.

Results of the studies demonstrated that the patients treated with Zonegran showed statistically significant improvement for doses ranging 100, 200 or 400 mg/day, but not for 300mg/day, when compared to placebo. The studies also found that Zonegran 400mg/day to 600mg/day was significantly more effective than placebo in weeks five to 12 of the study. No significant differences were found between once and twice daily dosing.

The studies further found that about 27% of patients treated with Zonegran experienced a 75% or more reduction in seizure frequency, while just 12% of placebo-treated patients experienced such a reduction.

Zonegran will be marketed by Eisai in Asian and European markets. Other medications available for the same indication include Sabril (Vigabatrin) developed by Lundbeck, Lamictal produced by GlaxoSmithKline (GSK), Fycompa (perampanel) manufactured by Eisai and Oxtellar XR developed by Supernus Pharmaceuticals.

Lamictal XR (lamotrigine), developed by GlaxoSmithKline, is an approved treatment for epilepsy and bipolar I disease.

Fycompa (perampanel / E2007) is an AMPA-type glutamate receptor antagonist indicated for the treatment of epilepsy. It was developed by Japan-based healthcare company Eisai.