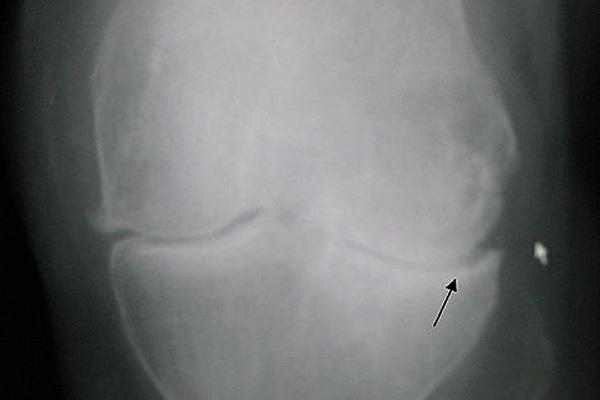 Zorvolex (diclofenac) is a nonsteroidal anti-inflammatory drug currently indicated for the treatment of mild to moderate acute pain in adults. It was discovered, developed and marketed by Iroko Pharmaceuticals.

Iroko Pharmaceuticals received approval for Zorvolex from the US Food and Drug Administration (FDA) for the treatment of mild to moderate acute pain in adults in October 2013.

The company also submitted a supplemental New Drug Application (sNDA) to the FDA for the use of Zorvolex in the treatment of osteoarthritis pain in adults. The sNDA was accepted by the FDA, for review, in January 2014.

MOR103 – Antibody for the Treatment of Rheumatoid Arthritis, Germany

MOR103 is a fully human antibody indicated for the treatment of rheumatoid arthritis (RA).

Osteoarthritis is a joint disease characterised by the breakdown of cartilage material that covers and cushions the ends of bones at joints. In its degenerated condition of the disease, the cartilage wears away and the bones could rub against each other, causing severe pain.

The disease is found commonly in middle-aged and older people especially women. It commonly affects knees, hips, feet and the back.

An estimated 70 million physician visits due to osteoarthritis pain occur in the US every year, and an estimated 109 million NSAIDs are prescribed.

Zorvolex contains a nonsteroidal anti-inflammatory drug (NSAID) called diclofenac. The precise mechanism of action of the drug is not known completely but it is believed that the drug may restrain the cyclooxygenase pathways and work as an analgesic to reduce pain in certain conditions.

The drug is available for oral administration in the form of capsules in 18mg and 35mg doses.

Iroko Pharmaceuticals conducted a phase III clinical trial on Zorvolex between October 2011 and October 2012. It was a randomised, double blind, multicentre, parallel-group study. It was conducted across 40 centres in the US and enrolled 305 patients aged between 41 and 90 years. The patients were randomised to receive Zorvolex 35mg twice daily or placebo.

The primary endpoint of the study was the mean change from baseline in the Western Ontario and McMaster Universities Arthritis Index (WOMAC) pain subscale score at week 12. The study also assessed the safety and tolerability of Zorvolex. The most frequently reported adverse events during the clinical study included diarrhoea, headache, nausea and upper respiratory tract infection.

"The primary endpoint of the study was the mean change from baseline in the WOMAC pain subscale score at week 12."

Iroko Pharmaceuticals conducted another phase III clinical trial between January 2012 and May 2013. It was an open label single group assignment conducted across 40 centres in the US for 52 weeks and enrolled around 600 patients. The primary outcome measure of the study was incidence of adverse events after 52 weeks.

The FDA approval for Zorvolex was based on the data collected from a randomised, multicentre, double-blind, placebo-controlled, parallel arm phase III clinical study. The trial enrolled 428 patients with moderate to severe pain following surgical bunionectomy.

Patients were randomly administered with Zorvolex 18mg or 35mg three times a day, celecoxib 400mg loading dose and then 200mg twice daily, or placebo. The primary endpoint of the study included the combined differences in pain intensity, which was calculated through visualanalog scale (VASSPID) over 0 to 48 hours.

Iroko Pharmaceuticals, based in Philadelphia, US, is one of the world’s leading specialty pharmaceutical companies. It develops and commercialises investigational lower dose NSAID products worldwide.

Zorvolex is the first and only NSAID approved by the FDA and was prepared using proprietary SoluMatrix fine particle technology developed by Iroko Pharmaceuticals’ partner iCeutica. The dosage strength of Zorvolex is 20% lower than currently available diclofenac products.