In circumstances that were previously unimaginable, many foreign companies in Ukraine have joined the fight against the Russian invasion.

“Yesterday, I spent my Sunday preparing mixes for Molotov cocktails on the premises of Trotolla, a clothes manufacturer [that supplies brands such as Zara],” Symovonyk told Investment Monitor, matter-of-factly. “A friend of mine who works for a foreign company selling car parts, he is giving his vehicle batteries to military forces and volunteers. We are hearing stories like this all the time.”

Alongside his wife and children, Symovonyk is one of millions of courageous Ukrainians who are facing down the invasion with a spirit of resistance that has taken the Russian army aback and won the admiration of the world.

“We have unprecedented unity of people, business and army,” says Olesya Olenytska, director of public affairs for Metro Ukraine, part of Metro AG, one of Germany’s largest retail and wholesale groups. “This is why we will win this war in the face of genocide against the Ukrainian national indentity.” 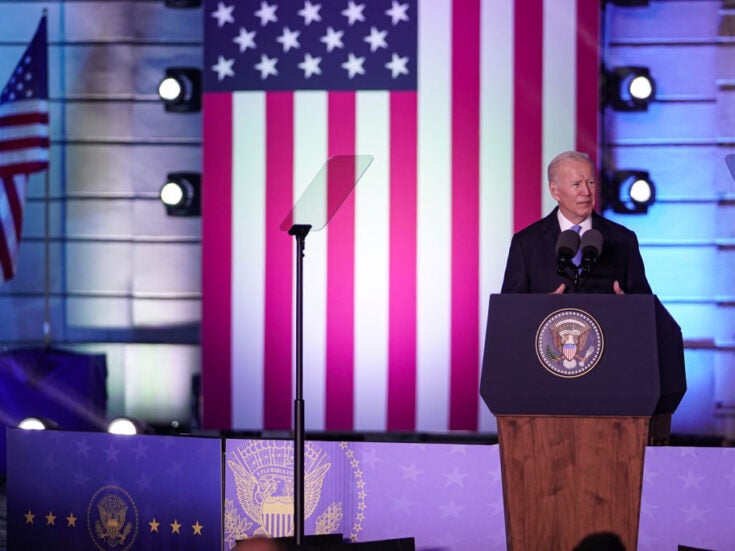 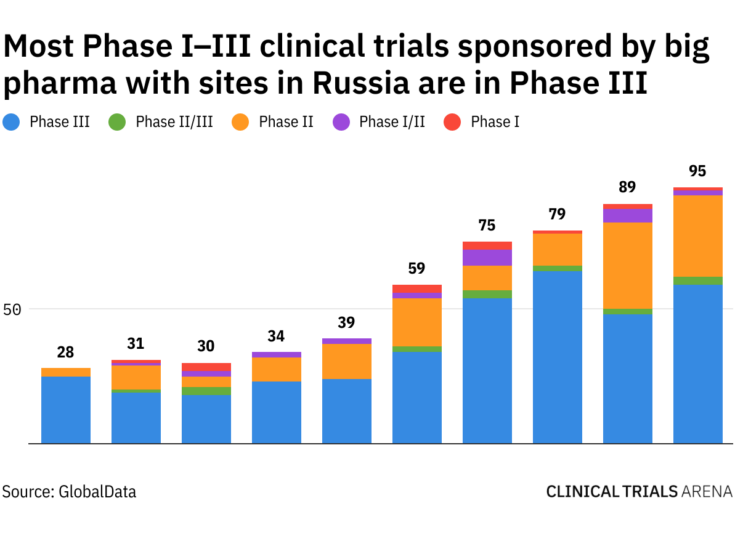 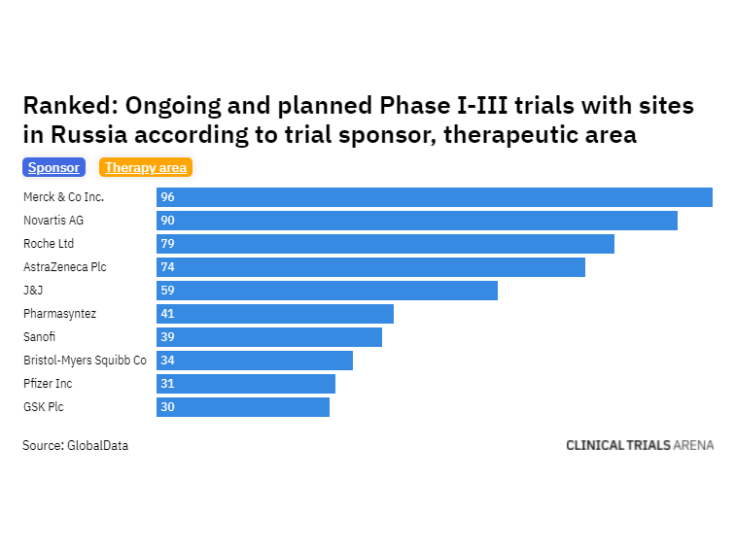 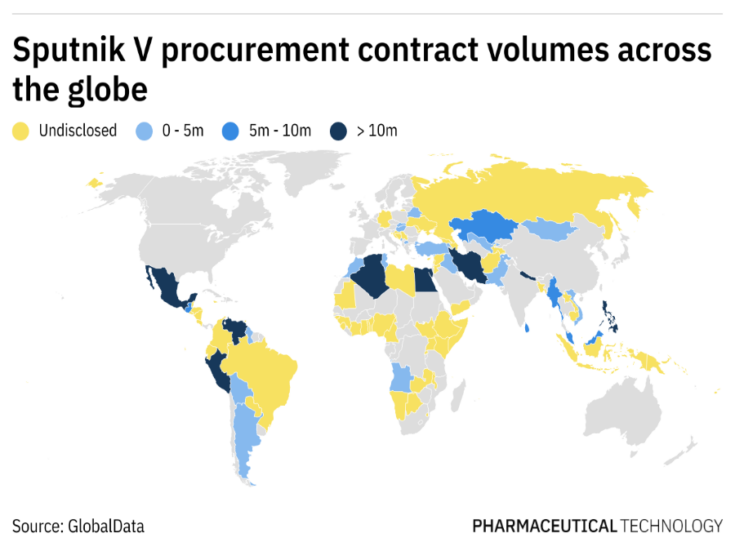 Russia sanctions: what next for Sputnik Covid-19 vaccine production around the world?

Metro Ukraine is a key part of a plethora of foreign businesses in Ukraine that have rapidly, and spectacularly, adapted themselves to war.

“We as Metro, and other food chains I can’t name, are working to support each other’s stores in order to feed civilians and provide hot lunches for our army,” says Olenytska. “Food supplies are low, and if people can’t eat they will leave the cities [and therefore] the war effort. Even still, there are long queues outside supermarkets because we are facing a lot of supply chain difficulties, such as border blocks and damaged roads. It is a logistics nightmare.”

Olenytska says Metro is focusing its charitable efforts on Kyiv since the Ukrainian capital is Russia’s main target. The company has already used much of its pre-war charity budget to donate to Ukraine’s armed forces and hospitals. In her spare time, Olenytska helps connect foreign companies looking to donate to trustworthy non-governmental organisations in Ukraine, such as the Come Back Alive foundation.

Metro is by no means the only international company supporting Ukraine’s food security. “Yesterday, my son went to volunteer at the refugee centre, and to my surprise, he was given food from KFC and McDonald’s,” says Symovonyk.

Both companies have closed their restaurants in Ukraine due to security concerns, but have kept their kitchens open in order to provide food for local community councils, the army, hospital workers and volunteers.

“A lot of restaurants in Kyiv owned by foreigners are providing free food to army forces and civilians,” says Maria Barabash, executive director of Office of Simple Solutions & Results, a non-profit organisation working in public affairs. “Almost every foreign company here that I have heard about is doing something to help, from Fedex helping to transport supplies and goods, to PepsiCo and Procter & Gamble [giving advice] to the centralised headquarters at the office of the president.”

With so many routes into Ukraine cut off or hampered, alternative solutions have quickly been found.

Symovonyk, for example, tells of one foreign logistics company that bought and opened a warehouse in Poland just after the invasion, right next to the Ukrainian border. The location has now become a central warehouse for Lviv and the city region, and more specifically a drop-off point for international goods.

“Getting foreign supplies straight into Lviv is all of a sudden very hard, so lots of different people and organisations (government or not) are sending their goods to the Polish warehouse, from which they are brought into Ukraine,” says Symovonyk. “It is a lifeline because there is a desperate need for certain strategic medicines and goods that are running low. We are seeing foreign companies donate supplies to that [spot] too.” More information on how to donate to this warehouse can be found here, via Lviv’s Rotary Club for international business people.

Meanwhile, other foreign businesses are helping to support military supply chains more directly. For one, Spain-based Glovo delivery services is creating ‘support bubbles’ for Ukraine’s armed forces, while also donating to the Red Cross, which is providing humanitarian assistance across Ukraine, according to Nataliya Popovych, co-founder of the Ukraine Crisis Media Center.

Popovych also conveyed that Denmark-based NovoNordisk is supplying critically needed medicines, while Vodafone has added 1,000 minutes of call time to all Ukrainian clients with small packages, as well as ten gigabytes of free internet for the next 30 days. This comes just as Elon Musk’s SpaceX began beaming free internet over Ukraine via his satellite internet service, Starlink. With severe power outages across certain parts of Ukraine, its benefits will be salient.

The country is also at risk of severe energy shortages, a crisis that is being somewhat alleviated by support from foreign suppliers such as Azerbaijan’s Socar, which is giving free fuel to the Ukrainian army and medical services.

Across Lviv, Symovonyk has noted how dozens of foreign companies have given their buses and cars over to the war effort, while one international business (whose name he could not reveal) just bought $100,000 worth of helmets and bulletproof vests to donate to the cause.

How businesses are flocking to support Ukraine

Investment Monitor’s interviews paint a picture of broad support for Ukraine by foreign investors based in the country. This is confirmed by Ukraine’s European Business Association (EBA), the country’s largest such network.

“At the EBA we have more than 1,000 businesses and we see that every company tries to give some support – financial, medical, means of protection, technology, electronics, fuel, food and water, transportation, etc,” says Oksana Myronko, head of communications at EBA. “Some businesses try to pay taxes in advance [or encourage] their workers to volunteer and cook food for the army or fundraise money.”

Even various Russian companies in Ukraine have got involved. Most notable is the contribution of Alpha Group, which operates a telecommunications company (Kyiv Star), a bank and a mineral water company. “[Alpha Group has] been here for a while and is supporting Ukraine,” says Symovonyk. “Kyiv Star, for example, is blocking disinformation texts from Russian and Belarussian phones to Ukraine, while Alpha Bank is donating money to the Ukrainian army.”

Alpha Bank is not the only financial institution to have made a public move, with Austria’s Raiffeisenbank providing a 30-day credit time-off for all its Ukraine clients.

Meanwhile, dozens of foreign companies across all sectors have made contributions to the Ukraine war effort that have not been publicised. “For now, many brands don’t want to announce [their actions],” says Myronko. “They don’t want the PR situation [or to take] that political choice.”

A similar impression is imparted by Tatyana Yakovenko, director of Contact Ukraine, an advisory firm that supports inward investors. She says many of her clients (all of whom are foreign investors) are anonymously donating money or coming to her to ask how they can help, privately. “They want to donate to the army. I have a client from Japan that just gave $10,000 to the forces,” she says.

On the other hand, some companies have made their charity very well known, like Airbnb’s recent announcement to offer free temporary housing for up to 100,000 refugees fleeing Ukraine. The company’s CEO, Brian Chesky, has sent letters to the leaders of Poland, Romania, Germany and Hungary offering help to those escaping the war.

Popovych says it is “critical” that more international businesses outside Ukraine come out and clearly express their position on the Russian invasion of Ukraine.

As of 1 March, at least 300,000 Ukrainian refugees had entered the EU in the days since the Russian invasion commenced, but the bloc is preparing for millions more. Businesses will be key to the success of this rapid response.

“It is incredible how foreign companies are helping to crowdfund our fight, on top of all the cryptocurrency that has flown into the country,” says Symovonyk. “Russia is not getting this kind of support. I know dozens of foreign workers who have stayed in Ukraine to fundraise and raise awareness for what is going on.”

The sheer extent to which the international business community, both within and outside Ukraine, is rallying to support the country has no historical equivalent in Europe. In particular, the speed with which companies in Ukraine, both foreign and domestic, have pivoted from peacetime normality to wartime activity – rather than just apolitically standing aside – is nothing short of remarkable. Ethical drivers notwithstanding, they have everything to lose under a Putin-controlled Ukraine.

More coverage of the Ukraine invasion from Investment Monitor:

Sebastian Shehadi is political editor and senior editor at Investment Monitor and a contributing writer for the New Statesman. He joined from the Financial Times, where he was an editor at fDi Magazine. He takes special interest in tourism, tier-two cities, green energy, real estate and emerging markets, and has written for the FT, the BBC, Sifted and Middle East Eye. Prior to his career in journalism, Sebastian served as a political risk analyst at Citibank.
SUBSCRIBED