Ukraine President Volodymyr Zelenskyy has officially confirmed the launch of Russia’s military operation against the country.

Calling the move as ‘an unjustified, deceitful, and cynical invasion’, Zelenskyy said missile strikes were targeting the country’s military and other critical defence facilities, and artillery fire on border units.

Several explosions were heard in multiple cities in Ukraine.

According to media reports, the Russian Defence Ministry was cited as saying, in a statement, that Ukraine’s air defences and airbases have been disabled, and Russian units are not facing any resistance from Ukrainian border guards. 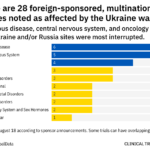 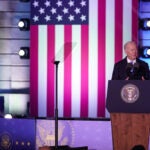 The launch of the invasion in the region of Donbas, in eastern Ukraine by land, air and sea, follows Russian President Vladimir Putin’s recognition of the Donetsk and Lugansk people’s republics, and approval for the use of armed forces in Ukraine.

The first steps taken by Ukraine included signing a decree on the imposition of martial law in the country for a period of 30 days, and negotiations with world leaders on the formation of an international coalition to end Russian aggression.

President Zelenskyy also held meetings with the government leadership, and other key representatives, to discuss the security and defence measures in Ukraine and on its borders.

Further, a state emergency has been declared and the country’s airspace was closed.

In a statement to the media, the Ukraine President said that the country’s Army ‘is ready for any scenario’.

He said: “Only I and our army will know the clear steps regarding the defence of our state. And believe me, we are ready for anything.”

Zelenskyy also noted that the 1994 Budapest Memorandum of Security Assurances is not working, and the country needed new security guarantees.

The memorandum is in connection with Ukraine’s accession to the Treaty on the Non-Proliferation of nuclear weapons. Participants include Russia, Ukraine, the UK and Northern Ireland, and the US.

In an address today, Russian President Putin said that the current events were not related to invading Ukraine’s, and its citizens’, interests.

Putin said: “It is not our plan to occupy the Ukrainian territory. We do not intend to impose anything on anyone by force.

“They are connected with defending Russia from those who have taken Ukraine hostage, and are trying to use it against our country and our people.”

Amidst this war situation that shocked the world, several countries have issued advisories urging their citizens in Ukraine to stay indoors.

Nato consultations have been requested under Article 4 of the North Atlantic Treaty by Estonia, Latvia, Lithuania, Poland, and other allies.

US President Joe Biden said steps were being taken ‘to rally international condemnation, including at the United Nations Security Council’ and severe sanctions on Russia will be imposed.

Biden said: “President Putin has chosen a premeditated war that will bring a catastrophic loss of life and human suffering. Russia alone is responsible for the death and destruction this attack will bring, and the United States, and its allies and partners, will respond in a united and decisive way. The world will hold Russia accountable.”

Last month, the UK and the US announced that they would provide defensive security assistance to Ukraine.