In Association with Stryker

Gerald McMullen, a 65-year-old retired pub landlord and driver, had a stroke at his home in Cardiff in October 2020. A thrombectomy at Cardiff’s University Hospital of Wales removed a blood clot from his brain.

New artificial intelligence-driven imaging support software which has the potential to deliver huge benefits to hundreds of stroke patients each year and significant cost savings to the NHS has been implemented at the Royal Berkshire NHS Foundation Trust. Read more here.
By Stryker 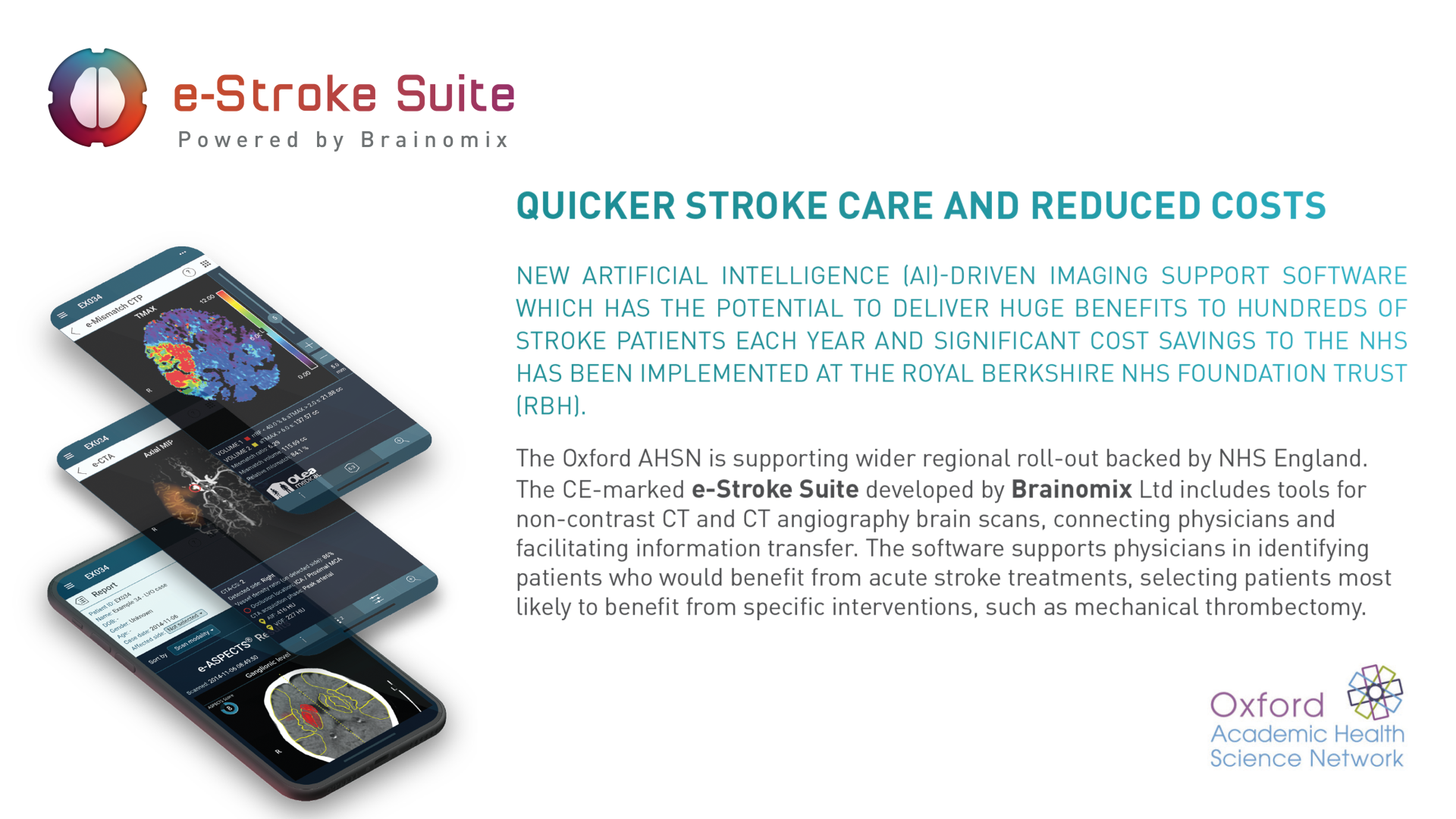 The procedure has facilitated his recovery, meaning he can play golf again and look forward to enjoying life with his family: wife Linda, two children, five grandchildren, and great-grandson Jayden, aged five.

“I got up in the morning and felt OK,” McMullen recalls. “I was sitting in my chair having a cup of tea when Linda suddenly asked if I was OK. I said ‘yes’. However, she noticed that something was amiss. My outstretched arm, holding my cup, seemed rigid to her.”

McMullen’s speech became “a little slurry”, and despite his insistence he was fine, his wife ignored him and called an ambulance. “Thank goodness,” he says.

“She was on the phone to 999 and was asked if my face had dropped – it hadn’t – and whether I could lift my arms, which by then I couldn’t. My speech did not make sense by this time either.”

Due to the coronavirus pandemic, Linda could not accompany McMullen to the hospital, adding to an already scary situation. In the ambulance, his symptoms worsened.

On arrival, he was taken for a scan, then taken to another department where his head was taped to a table and the thrombectomy carried out.

McMullen recognises that he was “so lucky” to be taken to the University Hospital of Wales, currently the only hospital in Wales that carries out the procedure. He adds: “Fortunately, one of the top surgeons in this field was there to carry it out.”

McMullen continues: “All I remember of the operation was the machine over the top of my head. They removed my trousers. A wire was inserted in my groin and sent to the brain where the blood clot was removed.

“I could feel something going on down below but it was nothing I was really aware of. I had my head taped to the table and I drifted off to sleep. The next thing I remember is the guy said to me: ‘That’s it, you’re done.’ I had no discomfort in my groin afterwards.”

McMullen was taken back to the ward in a wheelchair, and he stayed there for just two nights and three days. While his speech remained “a bit mumbo jumbo” for a couple of days, it did return.

“The stroke has left me with a legacy of a weak right arm,” McMullen says, “but I’m getting that back now too.” A minor inconvenience, he notes, which is much better than the alternative.

“My foot is slightly swollen but that’s nothing, nothing at all. Without the thrombectomy I would have been in a much worse state. The doctors said I would have been catastrophically damaged. I could have died. I came through and I’m here now.

“I thought ‘my God, I’ve had a stroke’. I’m so grateful that I was able to be up and about so quickly. Friends couldn’t believe it. Thrombectomy is such a new thing.”

Within six weeks of his stroke, McMullen was back on the golf course. “I still can’t swing properly and I’ve been given a 22 handicap, ten shots more than before,” he says with a chuckle. “But I’m hitting the ball about 150 yards and it’s going straight, so that’s not bad!”

Thrombectomy has helped McMullen to maintain a relatively active lifestyle, and while any stroke is stressful and dangerous, he remains grateful as to the timing and location of his. “I’d like to add my appreciation to the surgeon and his team, and the nursing staff who attended to me,” he says. “Their speed and care were exceptional. I think thrombectomy is fantastic. I think it should be made available everywhere. Get it done quickly and get rid of the clot. It’s brilliant technology.”

New artificial intelligence-driven imaging support software which has the potential to deliver huge benefits to hundreds of stroke patients each year and significant cost savings to the NHS has been implemented at the Royal Berkshire NHS Foundation Trust. Read more here.
By Stryker