In the wake of Russia’s invasion of Ukraine, sponsors are increasingly evaluating other European countries to conduct their clinical trials. Among them, the Eastern European nation of Georgia has emerged as a key rescue country for multinational clinical trials that were put on hold due to the war.

The VAT and customs implications of clinical trials are often overlooked, with focus largely taken up by product sourcing requirements, temperature control, local regulations, and DCT setup. But taking a tactical approach can significantly reduce VAT and customs challenges, making the budget stretch further. This paper addresses the key considerations for VAT across Europe in the supply chain, as well as five cost optimisation takeaways. 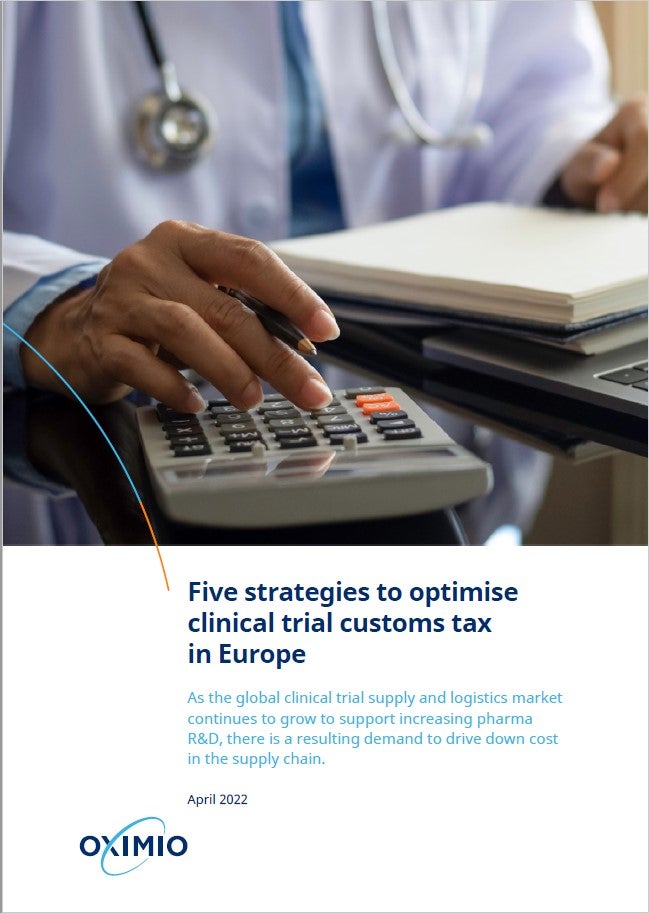 The driving force behind Georgia’s emergence as a trial location alternative is the country’s expedited start-up timelines. While nearby countries such as Romania and Poland see periods of four to six months for clinical trial application reviews, a timeline of two months can be granted in Georgia thanks to the harmonisation of the country’s legislation with international requirements. Plus, there is no need to obtain import licenses for IMP and additional approval is needed for comparators, laboratory kits and biosamples.

The country also offers timely patient recruitment due to a population of nearly 4 million, many of whom are treatment-naïve.

Georgia has long been considered a viable location for clinical trials, with its main therapeutic areas in oncology, the central nervous system, infectious disease, gastrointestinal disease, and immunology.

More than 100 clinical trials were initiated in Georgia from 2020 to 2021, with the majority from international sponsors and a focus on managing Phase II-III multinational trials. The country is home to 172 registered investigational sites, 16 of which have a record of managing more than 20 clinical trials, and has the potential to accommodate further growth. What’s more, the majority of Eastern European Contract Research Organisations (CROs) already have experience in clinical trials in the region as well as registered offices in Georgia.

Additional advantages include its full compliance with the Good Clinical Practice (GCP) guidelines, clear regulatory requirements and simplified process of documents submission, the high quality of data inspected and accepted by the European Medicines Agency (EMA) and US Food and Drug Administration (FDA), its community of motivated investigators, site teams, and patients, as well as its internationally recognised standards for disease treatment and prevention.

Another factor driving Georgia’s growth in the clinical trial space is the recent significant investment in the country’s health system, creating several new facilities and programmes, as well as increasing the number of experienced physicians. The region has also experienced an influx of registered global CROs and freelance clinical research associates.

According to Tamar Bolkvadze, managing director of Georgia at clinical trial logistic services provider Oximio: “Most sponsors have had to reconsider their to-market strategies, including decisions on trial continuation and recruitment.

“Georgia is considered the first-choice country for the continuation of projects that were planned for Russia.. Plus, costs here are either comparable to or less than Russia, and trials can be included and quickly activated thanks to Georgia’s short start-up period.”

As part of its efforts towards the harmonisation of global standards, Georgia made Good Distribution Practice (GDP) licenses a requirement last year. According to Bolkvadze: “It may be that in the future, the government considers another requirement for a GDP license partner to act as Importer of Record and be capable of handling investigational medical products. This will put up a barrier to the traditional system where the drugs are shipped on a direct-to-site basis straight away from the manufacturing facilities to a Georgia storage facility within the location.”

Bolkvadze predicts that another challenge may be found in the increased volume of operations, leading to a capacity shortage. Global inflation and the increased cost of petrol are also influencing the cost of multinational airfreight, making shipments from the EU and US more expensive than a distribution from a local depot.

But these are hurdles that can be navigated with the help of end-to-end consolidated solutions from a GDP licensed partner.

In 2017 Oximio began providing dedicated local clinical trial support from its depot in Tbilisi as well as its courier fleet. It implemented a dedicated set of services related to biological sample handling in Georgia, which includes the transport of dry-ice collection of bio-samples, a consolidated ultra-low temperature (ULT) storage of bio-samples at the depot, the exportation of bio-samples to the central lab, and the rental of validated ULT freezers for sites.

“Oximio’s second depot in Georgia is located in Free Trade Zone, which provides the opportunity to supply, store and distribute to multiple caucus countries from a regional depot,” says Bolkvadze. “We can provide unique access to patient populations in Eastern Europe through our GxP-compliant depot network, which covers not only Georgia, but Hungary, Turkey, Israel, Serbia, and Ukraine too.”

All of this – combined with Georgia’s attractive investigator rates and the low cost of clinical trial conduct – has created an environment ripe with opportunities for sponsors. But to truly capitalise on what the country has to offer, the expertise of an experienced logistics provider is essential.

The VAT and customs implications of clinical trials are often overlooked, with focus largely taken up by product sourcing requirements, temperature control, local regulations, and DCT setup. But taking a tactical approach can significantly reduce VAT and customs challenges, making the budget stretch further. This paper addresses the key considerations for VAT across Europe in the supply chain, as well as five cost optimisation takeaways.