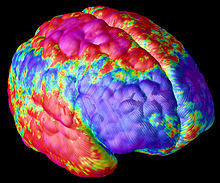 Biopharmaceutical company Alkermes has reported positive results from a Phase I study of ALKS 3831, which evaluated the orally-administered drug candidate as a broad spectrum treatment for schizophrenia.

Alkermes chief medical officer Dr Elliot Ehrich said that combining the opioid-modulating properties of ALKS 33 with olanzapine provides the possibility for a wider spectrum of schizophrenia, as the drug has two marked benefits for patients and physicians.

"First, we believe that ALKS 3831 has the potential to attenuate the clinically significant weight gain commonly seen with olanzapine, and diminishing this side effect could open its proven therapeutic benefits to a wider range of patients with schizophrenia," Ehrich said.

Subjects orally-administered with ALKS 3831 once each day for a period of three weeks in the multicentre, randomised study showed considerably less weight gain compared to those administered with olanzapine.

ALKS 3831 showed a safety and tolerability profile that was similar to olanzapine.

The company expects to commence a Phase II dose-ranging study of ALKS 3831 in schizophrenia later this year to assess its safety and effect on metabolic outcomes such as weight gain.