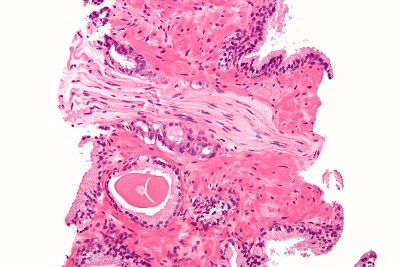 ASTeX Pharmaceuticals has commenced an HSP90 inhibitor AT13387 clinical trial in patients with castration-resistant prostate cancer (CRPC) who are no longer responding to treatment with standard of care therapies abiraterone acetate and steroids.

The AT13387-04 study, a Phase I-II, open label, randomised study, will evaluate the safety, tolerability and antitumor activity of AT13387 and abiraterone acetate in CRPC patients, which is the primary objective.

Astex chairman and chief executive officer James Manuso said; "Despite developments in the treatment landscape, prostate cancer patients will continue to need new products, particularly ones that might be used in combination with other therapies, during the course of their disease."

The secondary objectives include assessment of pharmacokinetics, pharmacodynamics, progression-free survival and overall survival of combination treatment of AT13387 and abiraterone acetate while identification of potential biomarkers for predicting antitumor activity includes other exploratory objectives.

The Phase I of the study, which will enrol up to 52 patients, will monitoring depletion of androgen receptors in tumour and circulating tumour cells (CTCs) samples following treatment with AT13387 to establish safety of the combination, clinical activity, and confirm biological activity.

All the patients in Phase I will carry on with the same doses of abiraterone acetate and steroids received prior to entering the trial, and will be randomised to receive one of two different treatment regimens of AT13387 in combination with abiraterone acetate.

The best combination regimen in part A will then move forward to Phase II where patients will be randomised to receive either the selected treatment regimen and dose of AT13387 in combination with abiraterone acetate or AT13387 alone. Part B is expected to enrol up to 112 patients.

Astex chief medical officer Dr Mohammad Azab said the HSP90 inhibitor study will assess the activity in CRPC both as a single agent and in combination.

"The confirmation of biological activity in part A will be critical in the decision to move forward to part B," Azab said.

"The combination of AT13387 with hormonal manipulation such as abiraterone acetate treatment may provide multiple mechanisms of targeting CRPC through androgen deprivation combined with degradation of several oncogenic kinases."