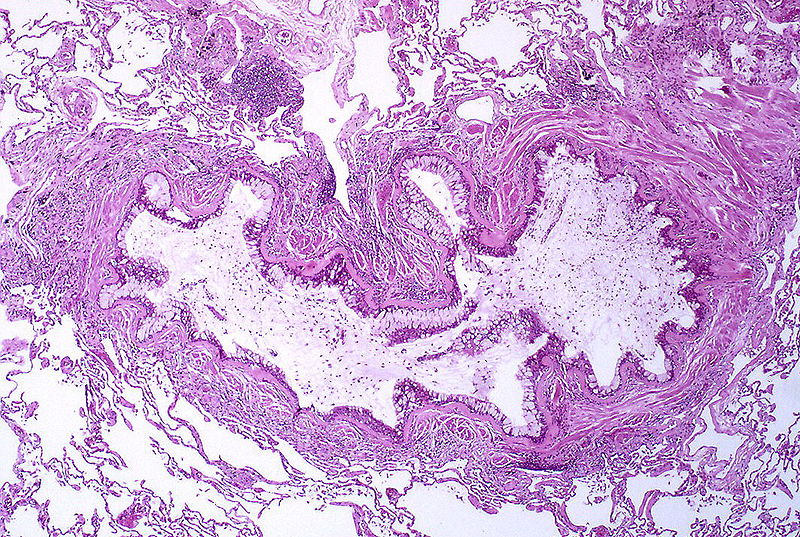 UK-based drugmaker AstraZeneca has initiated the Phase III Windward programme of its experimental biotech drug benralizumab for the treatment of patients with severe uncontrolled asthma.

The company's biologics research and development (R&D) unit MedImmune is responsible for developing benralizumab, a monoclonal antibody binding to the interleukin-5 receptor (IL-5Ra) that reduces eosinophils, a type of white blood cells, which play a major role in the cause and extremity of asthma and its side-effects.

The company said that in patients with elevated eosinophil counts, treatment with an IL-5 inhibitor in addition to guideline-based strategies might improve their asthma control and decrease the frequency of asthma attacks.

The drug candidate has the potential to directly deplete eosinophils, a class of white blood cells implicated in the pathology of asthma and other inflammatory diseases, and neutralise the activity of IL-5, which is believed to play a key role in the growth and development of eosinophils.

Calima, the first study in the Phase III Windward programme, is designed to determine whether benralizumab reduces the number of side-effects in patients with severe asthma that remains uncontrolled, despite receiving high doses of inhaled corticosteroids in combination with a second controller such as a long-acting beta agonist.

"Benralizumab has the potential to address an important area of unmet medical need as there are currently limited treatment options available for patients with severe uncontrolled asthma."

In addition to assessing the safety and effectiveness of the drug in actively reducing exacerbations in patients with uncontrolled asthma, the Calima trial will also evaluate its effect on lung function, asthma symptoms and other asthma control measures, as well as emergency room and hospitalisation rates due to asthma.

In the trial, patients will be enrolled based on blood eosinophils measured through a simple blood test and they will be given the drug subcutaneously through a pre-filled syringe.

The start of Phase III Windward programme is based on the efficacy and safety data from the Phase IIb trial, which showed that patients with elevated eosinophils on benralizumab had significant reduction in exacerbation rate compared with placebo, as well as improvements in lung function and asthma symptoms.

Apart from Calima, the Windward programme will include two more exacerbation trials for benralizumab added to high- (SIROCCO) or medium (PAMPERO) dose inhaled corticosteroids plus a long-acting beta agonist; an oral corticosteroid-reducing trial (ZONDA); and a long-term safety trial (BORA).

Image: Obstruction of the lumen of a bronchiole by mucoid exudate, goblet cell metaplasia, and epithelial basement membrane thickening in a person with asthma. Photo: courtesy of Patho.