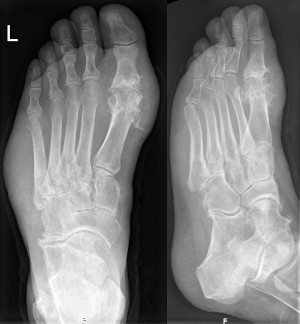 This study has evaluated the sUA lowering effects and safety of 400mg of lesinurad used once daily as a monotherapy compared to placebo in 214 patients with sUA levels = 6.5mg/dL who are intolerant, or have a contraindication to one or both xanthine oxidase inhibitors allopurinol and febuxostat.

According to AstraZeneca, lesinurad has met the primary endpoint in the Phase III study with a statistically significant (p< 0.0001) higher proportion of patients meeting the sUA goal of <6.0 mg/dL at six months compared with those patients treated with placebo.

Compared with patients on placebo, patients in the LIGHT study treated with lesinurad monotherapy were more likely to experience serum creatinine elevations and renal adverse events, including serious events. Other commonly reported adverse events include diarrhoea, nausea and constipation.

AstraZeneca global medicines development executive vice-president and chief medical officer Briggs Morrison said: "We await the results of the remaining three Phase III trials that are investigating lesinurad as a combination therapy with xanthine oxidase inhibitors. We believe that combination therapy, addressing both production and excretion of uric acid, may be an effective way to treat gout patients who do not achieve treatment goals on xanthine oxidase inhibitors alone."

Results of these studies are anticipated in mid 2014, and regulatory submissions in the US and the EU are expected in the second half of 2014.

Image: Gout on X-rays of a left foot. Photo: courtesy of Hellerhoff.