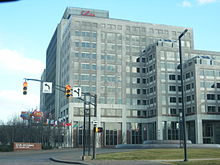 Eli Lilly and Company has reported that pomaglumetad methionil, also known as mGlu2/3, did not meet the primary endpoint of the H8Y-MC-HBBM (HBBM) study conducted in patients suffering from an acute exacerbation of schizophrenia.

Pomaglumetad methionil is a glutamatergic-based agent that does not interact with those central nervous system receptors that are thought to be responsible for many of the intolerable adverse events associated with present schizophrenia treatments.

Eli Lilly Research Laboratories president and science and technology executive vice president Jan Lundberg said that negative studies are common in the field of psychiatry and a reality of biopharmaceutical innovation.

"Right now, we’re developing more than a half dozen potential new medicines to treat neuroscience-related diseases and disorders, including among others, depression, Alzheimers disease and schizophrenia," Lundberg added.

Pomaglumetad methionil was well tolerated in general, with no new safety findings compared to previous trials, the study reported.

According to the company, HBBM was proposed to be the first of two trials to support registration of the compound for monotherapy in acute schizophrenia. The company will conduct an interim analysis of H8Y-MC-HBBN (HBBN), the second registration trial which is ongoing.