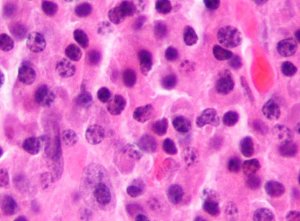 NiCord, which is based on Gamida Cell’s proprietary NAM technology, is an expanded cell graft derived from umbilical cord blood enriched with stem cells.

The Phase I/II study, which enrolled 11 patients, will evaluate NiCord as an alternative investigational treatment for HM and is expected to provide the results within six months.

"Of significance, the Phase I/II clinical trial data have already shown that many of the patients in the study engrafted with the expanded cells of NiCord rather than with the second un-manipulated unit," Dr Peled said.

"This is the first time, in a situation where two units are transplanted, that the cultured stem cells demonstrated prompt and durable long-term engraftment (over one year) in the clinic. We look forward to sharing the complete results of this study in the coming months."

The company is also enrolling for a Phase I/II study of NiCord as an experimental treatment for sickle cell, a genetic blood disease.

NiCord is in development as an experimental treatment for indications that could be cured with a bone marrow transplantation such as blood cancer, sickle cell disease, thalassemia, autoimmune diseases and metabolic diseases.

Gamida Cell CEO Dr Yael Margolin said; "In the near future we plan to not only release the NiCord Phase I/II data but also the long awaited complete results of the Phase III study of StemEx, also for hematological malignancies, but clearly further ahead in development."

Image: Micrograph of a plasmacytoma, a hematological malignancy. Photo: Nephron.