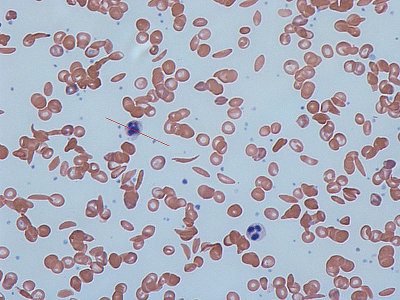 The study examined the efficacy, safety and pharmacokinetic profile of GMI-1070 in hospitalised patients with sickle cell disease suffering from a condition called vaso-occlusive crisis (VOC), which is mediated by inflammation.

"Evaluating GMI-1070 in the treatment of individuals with sickle cell who have been hospitalised with vaso-occlusive crisis represents a critical next step towards potentially fulfilling an important medical need in this historically underserved patient population," Thackray said.

"The US Food & Drug Administration underscored the importance of advancing new treatments for sickle cell when it granted GMI-1070 with Fast Track designation and Orphan Product status."

GlycoMimetics selected VOC as a study indication for GMI-1070 as the periodic painful VOC episodes (pain crises), which result in clinical complications, are the significant clinical features of sickle cell disease.

A total of 76 patients between 12 to 65 years of age were enrolled in the randomised study across 22 clinical trial sites in the US and Canada.

The company expects to report the topline data from the double-blinded study in the second quarter of 2013.