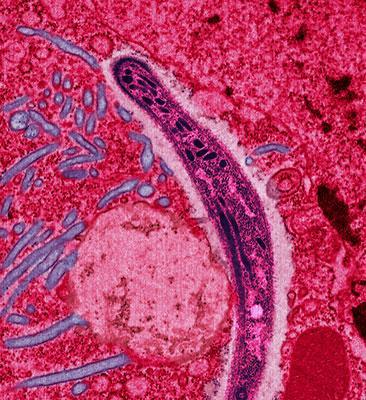 The study demonstrated that over 18 months of follow-up, 444 cases of clinical malaria were prevented for every 1,000 infants vaccinated.

Based on the data secured from the trial, the British firm plans to submit a regulatory application to the European Medicines Agency (EMA) in 2014 on the safety, efficacy and quality of RTS,S.

The World Health Organization (WHO) has specified that a policy recommendation for the RTS,S malaria vaccine candidate would be possible in 2015, subject to the vaccine obtaining positive opinion from EMA.

Agenus chairman and CEO Garo Armen said the findings show that RTS,S has the potential to help prevent millions of malaria cases.

"Currently, there are 21 development programmes underway involving vaccines that include QS-21 Stimulon for many different types of cancer, infectious diseases and degenerative disorders."

RTS,S is claimed to be the first vaccine candidate to show in clinical trials that it can help protect young children and newborns living in malaria-endemic areas against clinical disease and infection caused by Plasmodium falciparum malaria parasite.

The vaccine candidate is designed to prevent the parasite from infecting, maturing, and multiplying in the liver, after which time the parasite would re-enter the bloodstream and infect red blood cells, leading to disease symptoms.

The trial is being carried out at 11 African research centres in seven African countries by GSK and the PATH Malaria Vaccine Initiative (MVI), with grant funding from the Bill & Melinda Gates Foundation to MVI.

The efficacy of RTS,S was assessed at each trial site separately for the first time, and was found to be statistically significant at all sites in young children and at four sites in newborns.

According to the results, children aged five to 17 months at first vaccination with RTS,S experienced 46% less cases of clinical malaria, compared with children immunised with a control vaccine.

"Currently, there are 21 development programmes underway involving vaccines that include QS-21 Stimulon for many different types of cancer, infectious diseases and degenerative disorders."

Around 941 cases of clinical malaria were prevented and severe malaria cases were reduced by 36%, over 18 months of follow-up for every 1,000 children vaccinated.

Newborns between six and 12 weeks at first vaccination with vaccine candidate had 27% less cases of clinical malaria.

According to the company, RTS,S continued to display an acceptable safety and tolerability profile during the 18-month follow-up.

Excluding the meningitis signal previously reported and will be followed closely during the remainder of the trial, no other safety signal was identified.

GSK CEO Sir Andrew Witty said: "This data supports our decision to submit a regulatory application for the vaccine candidate, which, if successful, would bring us a step closer to having an additional tool to fight this deadly disease."

The company expects to release further data from 32 months follow-up and the impact of a fourth ‘booster’ dose given 18 months after the initial three doses in 2014.