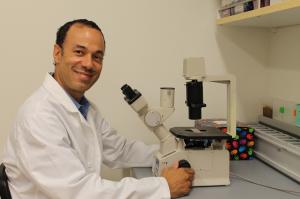 Hawai’i Cancer Consortium, led by the University of Hawai’i Cancer Center and The Queen’s Medical Centre, is starting a new national clinical drug trial to test the effectiveness of the new drug ALT-803 against non-muscle invasive bladder cancer.

The current tests, which are being carried out in Hawai’i, are intended to fight the most common type of bladder cancer with very high recurrence rates.

The ALT-803 drug, which was developed by Florida-based Altor BioScience, a developer of cancer of immunotherapies, successfully stimulated the body’s immune system and prevented the onset of tumours in its early tests.

Altor has received a $1.2m Small Business Innovation Research grant from the National Cancer Institute to test the ALT-803 drug against non-muscle invasive bladder cancer for the Phase I / II trial.

UH Cancer Centre urologist and principal investigator of the trial Dr Charles Rosser said: "The medical community does not yet have an effective means of preventing bladder cancer from recurring with currently available treatments.

"Finding an effective treatment would go a long way toward preventing more people from suffering from this disease."

The early clinical trials will be safely carried out at the speciality inpatient unit at the Queen’s Medical Centre on the Oncology floor.

Queen’s patient care vice president Darlena Chadwick said: "This is the beginning of many future endeavours partnering with the UH Cancer Centre to bring new cancer treatments / trials to Hawai’i.

"Thanks to the establishment of the Hawai’i Cancer Consortium, we are able to attract and recruit innovative researchers like Dr. Rosser, who will engage and work with our local physicians in order to bring their new treatments to the people of Hawai’i."