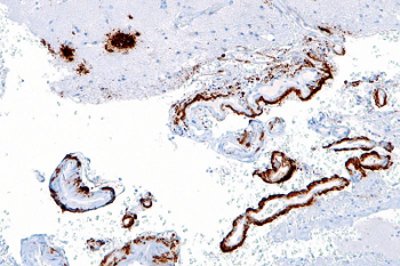 An independent analysis of Phase III clinical trial data on the compound solanezumab, a monoclonal antibody being investigated by Eli Lilly as a neuroprotector for patients with Alzheimer’s disease (AD), found that the drug would help remove amyloid from brain, raising hopes on the effective treatment for the disease.

The findings, which were featured in the Clinical Trials in Alzheimer’s Disease (CTAD) 2012 conference held in Monaco, supported the scientific community’s ongoing efforts in AD research that considered amyloid as the therapeutic target.

Commenting on the findings, Doody said in her summary; "The beta amyloid biomarker results in the trial support the small, yet significant cognitive benefit, especially for the Alzheimer’s disease patients. We think that the benefit is related to the removal of soluble amyloid from the brain and into the blood."

Doody reported recently at American Neurological Association in Boston that the expedition trial has shown effects on cognition in the pre-specified sub analyses of mild patients.

Pooled data from the Eli Lilly Expedition clinical trials has been considered for the analysis, where 2,052 patients were given either a 400mg dose of Solanezumab IV or a placebo.

The researchers of the CTAD conference expressed that the findings would help in developing and designing the secondary prevention trials, which aim to treat the Alzheimer’s disease when it is diagnosed in early stages.

Due to begin in 2013, the secondary trials would focus on the patients having biomarker evidence of Alzheimer’s disease but have not shown any of its symptoms.

Alzheimer’s is a fatal neurodegenerative disease that affects memory and independence of the people alongside bringing down their ability to think and understand.

Nearly 35 million people are suffering from the disease across the globe presently, and it is likely to go beyond 115 million individuals by 2050 if not addressed.