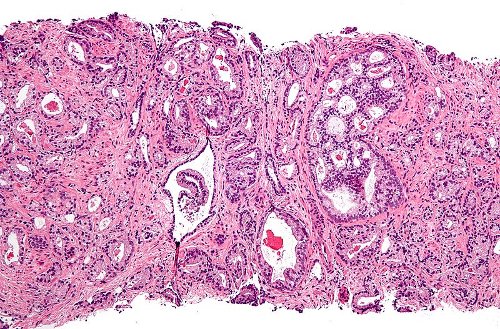 Oncothyreon, a biotechnology company, has announced the expansion of its Phase II trial of PX-866 in patients with recurrent or metastatic castration-resistant prostate cancer.

The open-label trial, being conducted by the NCIC Clinical Trials Group (NCIC CTG), Queen’s University in Kingston, Canada, will include an additional group of up to 25 patients whose disease has begun to progress while receiving abiraterone (Zytiga) and prednisone.

Oncothyreon president and CEO Dr Robert Kirkman said the expansion of the trial shows the support it has received.

"This trial is an important component of our broad Phase II program for PX-866, intended to provide significant information to guide later stage development of this product candidate," Kirkman said.

Part A, which enrolled approximately 36 of a planned 40 patients with progressive castration-resistant prostate cancer who have received no prior chemotherapy, included an interim efficacy analysis after enrolment of the first 23 patients, which was met.

Part B will enrol patients who demonstrate disease progression while receiving abiraterone, as evidenced by a rising prostate-specific antigen (PSA), following the enrolment in Part A.

The proportion of patients with a lack of disease progression at 12 weeks from the initiation of therapy with PX-866, is the primary endpoint of each part of the single-arm screening trial.

PX-866 is an irreversible pan inhibitor, which targets the activity of phosphatidylinositol-3-kinase (PI-3K), a component of an important cell survival signalling pathway.